Windows Explorer sported a toolbar until Windows XP, then got dropped in Windows Vista and Windows 7. If the changes that are currently cooking inside Redmond office make its way into the final build of Windows 8, due to be released sometime in 2012, the toolbar could make another appearance on the operating system, albeit in a different form – the Ribbon.

A new set of leaked screenshots from a Windows 8 build posted by Rafael Rivera and Paul Thurrott at withinwindows reveal that Microsoft is experimenting with the Ribbon UI throughout Windows 8′s explorer.

The Ribbon UI introduced in Microsoft Office 2007 was so innovative and successful that Microsoft began adding it to other products, including the Windows Live Essentials, in Windows 7 Paint and WordPad. The Ribbon became so popular among certain sections of users and developers that even non-Microsoft products started shipping with it.

As we are about to see in the images below, Microsoft’s next major OS will possibly include this UI throughout Windows Explorer. (Note: All of the Ribbon icons shown here are placeholders.) 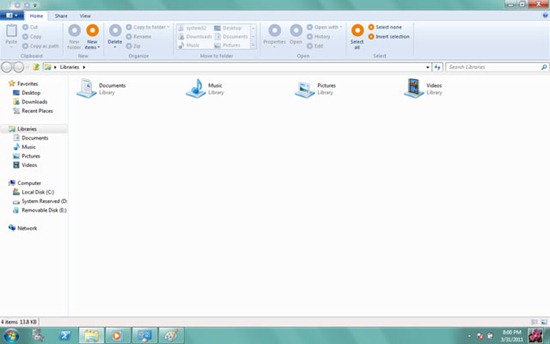 As with Office 2010, there are various dynamic Ribbon tabs that can appear as well, including Library Tools (when viewing Libraries), Picture Tools (when one or more image files are selected), and Disk Tools (in Computer view), among others. 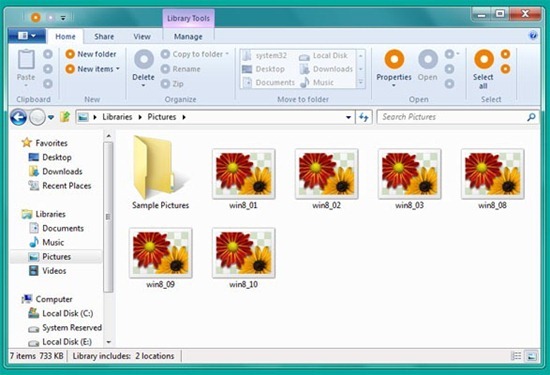 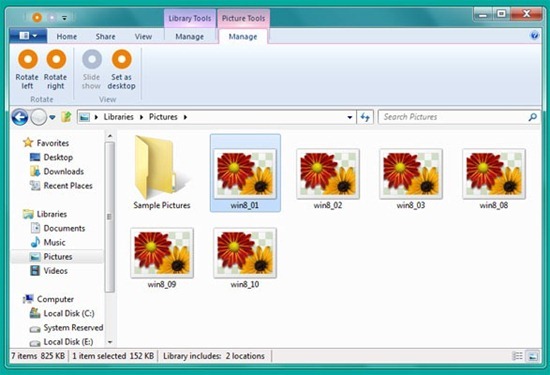 You can also hide the Ribbon, which should be a relief for Ribbon haters.

Explorer also sports a new expansive File menu like the one in Office 2010. 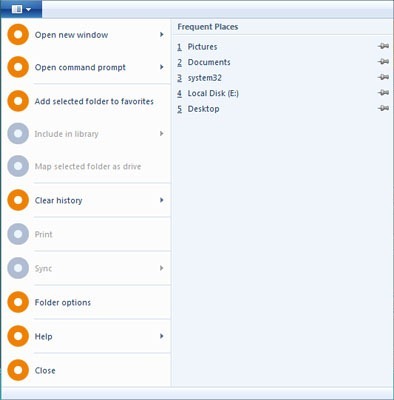 Rafael Rivera notes that these are early builds of Windows 8 and it’s unclear whether Microsoft intends to move forward with the Ribbon UI as-is, or whether it will appear only in certain UI types. “In fact, based on the divergent ways in which various related UI elements are repeated around the window frame, we get the idea that the use of the Ribbon in Explorer is, in fact, quite controversial inside the halls of Microsoft’s Redmond campus”, writes Rivera.