Ever found yourself in one of those dreadful office meetings or boring conversation that drags on and on. You want to leave but you just couldn’t find an excuse. You keep on wishing that someone would call you so that you can run. So here is your escape strategy – make your phone ring, pick it up, pretend as if it’s important, and get the hell out of there. It never fails. If the meeting was planned in advance, you can have someone call you at the scheduled time, but one often finds themselves in a position when they expect it least. Prepare yourself for such situations by keeping at least one of these 6 apps in your phone. 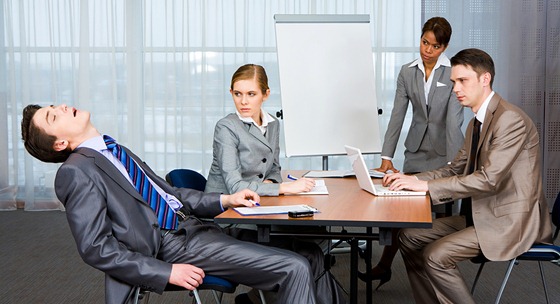 Call Faker Shaker lets you receive fake calls by simply giving your phone a little shake. No need to press any buttons or to choose a predefined schedule. The phone shake will trigger an incoming fake call according to the settings you had set. 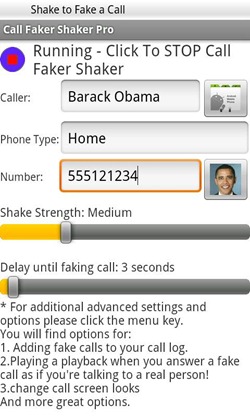 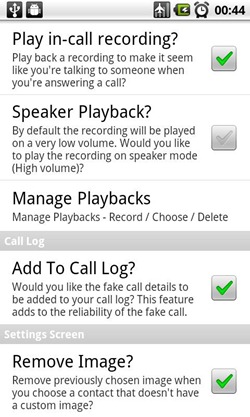 You can set a delay between the shake and the call, and configure the intensity of the shake. Once the app is active, shake the phone and after the pre-defined interval the phone will start ringing. You can choose the fake caller from your contact, and record a sound to play it back during the fake call, to make the call sound genuine.

You can also choose a different call screen from a couple of different options, but I suggest you to keep your default call screen to make the fake call appear as natural as possible.

Fake Me Out Of Here

Fake Me Out Of Here is another app that lets you receive fake calls by giving the phone a shake. Like Call Faker Shaker, you can set a delay between the shake and the call, but you can’t choose a caller for the fake call. The call screen will show the contact as Unknown in the free version; the full version allows you to set a custom name and number. You can record a sound and play it back during the fake call, but to turn on this feature you have to signup for a free newsletter service. 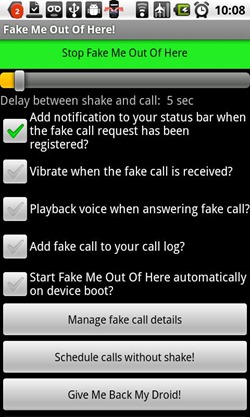 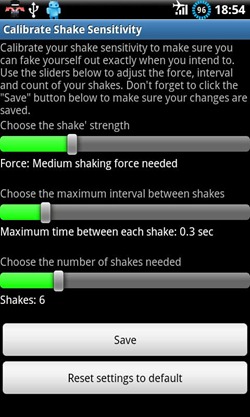 Another handy feature of Fake Me Out Of Here is the ability to place widgets on the home screen. These widgets, with a single touch, allows you to quickly set your phone to ring after a delay starting from 5 seconds up to 10 minutes.

Fake the Call triggers a fake incoming call by monitoring the proximity sensor. When you are stuck in a meeting and need to get out, launch the app and touch the Start button. Now you just need to make a quick wave of your hand or finger over the proximity sensor and the phone will start ringing. 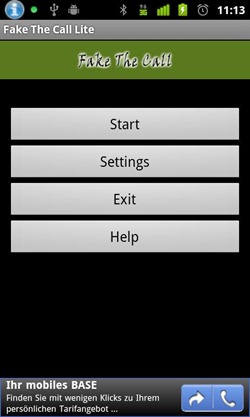 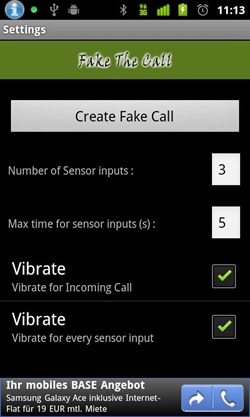 Using the proximity detector to trigger a fake call makes the phone prone to accidental triggering, which is one major problem with this app.

This is another proximity sensor triggered fake call app. Fake Call & SMS allows you to receive fake calls, missed calls as well as a customized SMS from the person of your choice. Missed calls are automatically disconnected after one ring and the notification bar shows the missed call notification. You can also use it to schedule a fake call at a certain time of the day. 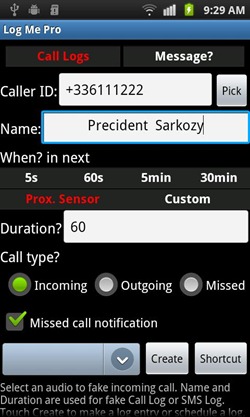 This app too suffers from accidental triggering. You can however avoid this if you buy the full version that allows you to create shortcuts on the home screen. You can use these shortcuts to turn on the app just before you want the phone to ring. This way the app doesn’t need to be running in the background. With app not running there is less chance of accidental ringing.

This is a fake call and SMS scheduler. It has no triggering ability, but it allows you to create call widgets on the home screen that lets you make your phone ring after a custom delay. You can create different widgets to call your phone in 1 minute or 5 minutes by different persons. If somebody is boring you with their talk, simply touch a widget and your phone will start ringing after the pre-determined interval. I like the widget approach because it lets you quietly set a fake call without arousing the curiosity of the other person. 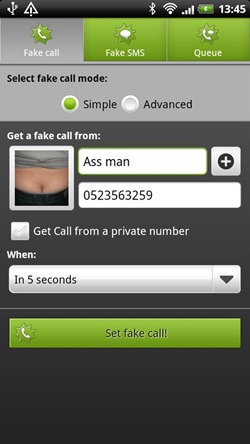 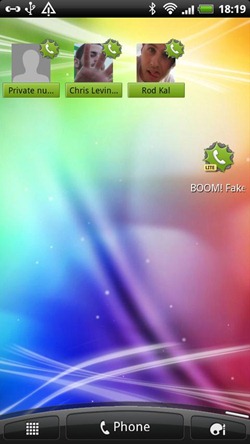