Western Digital sells internal hard disk drives under three product lines – the high performance Black and Blue drives and the cheaper and eco-friendly Green drives targeted for home users. In order to conserve power, WD incorporated a number of features into their Green drives under the collective term ‘Intellipower’ which includes, according to their website, “a fine-tuned balance of spin speed, transfer rate and caching algorithms designed to deliver both significant power savings and solid performance.” 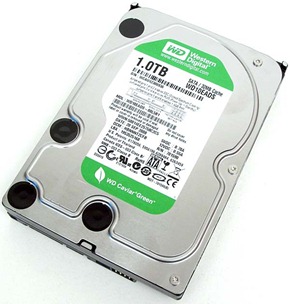 WD Green drives uses some basic tricks to save power such as reduced spindle speed, high density platters that packs bits closer together accelerating throughput for sequential operations, and larger RAM cache. One of the more unusual and questionable feature is ‘Intellipark’ that automatically parks the drive’s head after 8 seconds of inactivity to reduce aerodynamic drag, enabling the drive to disengage read/write channel electronics to save power.

This is fine for operating systems like Microsoft Windows, which have been tuned to leave disk drives in the idle state for as long as possible. But on Linux and RAID devices, this can have serious consequences.

On many of these systems, disk I/O operations occur more frequently, often every 10 to 20 seconds. This means that data get read, then 8 seconds later the head gets parked, and then another 2 to 12 seconds later the actuator arm is activated again to read more data. Continually parking and activating the heads causes wear and tear, potentially leading to early drive failure.

WD Green Drives are designed to last for 1 million parks or Load Cycles. But with the disk head parking every 8 seconds, drives can rack up the Load Cycle count at an alarming rate causing hard disks to fail within months.

Many users on Linux and RAID systems have reported around 80 load cycles per hour, which translates to 12,500 hours of operation or roughly 520 days before failure. In other words, less than 1.5 years of continuous usage.

For this reason, Western Digital doesn’t recommend their Green Drives to be used in RAID configuration. From their website:

WD Caviar Black, Caviar Green, and Caviar Blue hard drives are not recommended for and are not warranted for use in RAID environments utilizing Enterprise HBAs and/or expanders and in multi-bay chassis, as they are not designed for, nor tested in, these specific types of RAID applications. For all Business Critical RAID applications, please consider WD’s Enterprise Hard Drives that are specifically designed with RAID-specific, time-limited error recovery (TLER), are tested extensively in 24×7 RAID applications, and include features like enhanced RAFF technology and thermal extended burn-in testing.

Western Digital also doesn’t provide support for the Unix/Linux operating systems for the same reason. The affected models has been recognized as:

If you are using anyone of these drives on Linux or on RAID, you should check the disk’s S.M.A.R.T. status for the load cycles count. On Linux you can see S.M.A.R.T. data using the smartctl -a /dev/sda command. On Windows you have to use a program capable of reading and displaying hard disk S.M.A.R.T. data such as HD Tune or HDDScan. 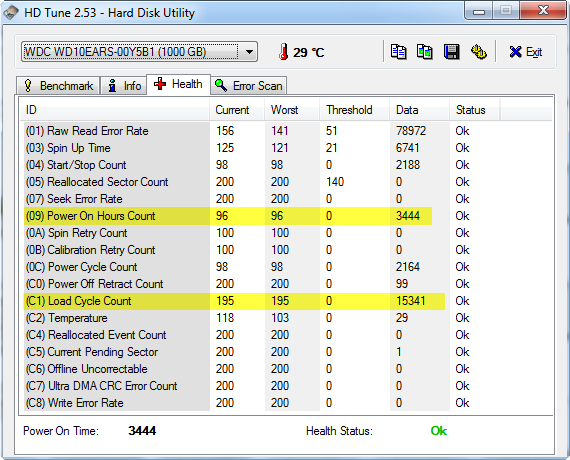 The drive has accumulated 15,341 Load Cycles in 3444 hours. Dividing the Load Cycle count by Power On Hours Count, I get 4.4 load cycles per hour which is considerably safe. If you get a high figure such as 50 or more, you should consider switching to another drive or increase the time until the head is parked to a higher value. The difference between a park operation every 10 seconds and one every 5 minutes, for instance, is dramatic, both in terms of drive longevity and power savings.

Western Digital offers a utility that modifies the behavior of the drive to wait longer before positioning the heads in their park position and turning off unnecessary electronics. Download and instructions on how to use it can be found on this page.

Western Digital also offers a number of solutions for Linux users such as decreasing logging and disabling advanced power management. You can read the details on their support page. 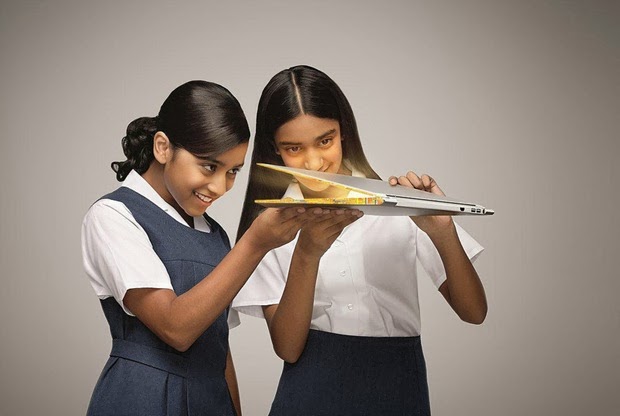 Guest Post
For years, people have regularly predicted that laptops were on their way out, bound to get replaced by increasingly smaller… 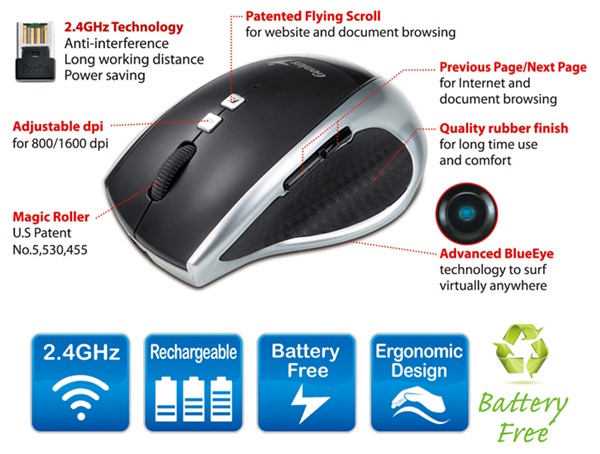 Hardware
Chinese computer peripherals manufacturer Genius has developed a new wireless mouse that doesn’t use traditional batteries. Instead, it uses a…