Google is readying a new note-taking application that will let you create notes and checklists, which you can color-code and add pictures. Called “Keep”, the application made a brief appearance at the URL https://drive.google.com/keep before disappearing from the web, indicating the service had inadvertently gone live before it was planned. Google Keep is reminiscent of Google Notebook, another note keeping service that has been discontinued back in 2009.

News about the service was first uncovered by Carlos Jeurissen, who found some interesting hints about the new Google Drive app. There are multiple references to Google Keep in the GDrive code, including the URL https://drive.google.com/keep/?note. The internal codename for Google Keep is "memento" and the MIME type for Google Keep files is "application/vnd.google-apps.note".

Carlos also found the service’s icon and a short URL that redirects to the Play Store page for a non-existent Google Keep app.

Then Android Police caught the actual application live at the said URL, and managed to grab a few screenshots. The blog also mentions a desktop version of Keep. 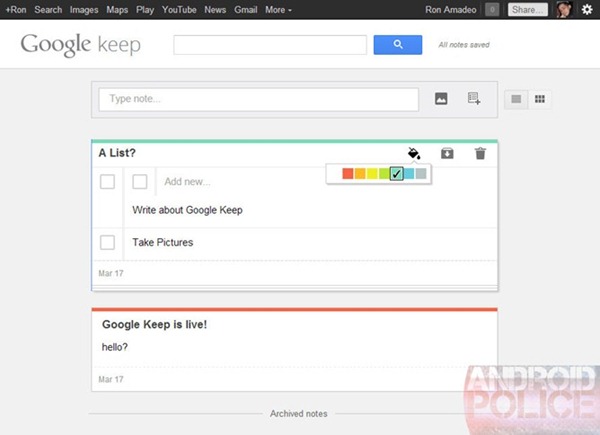 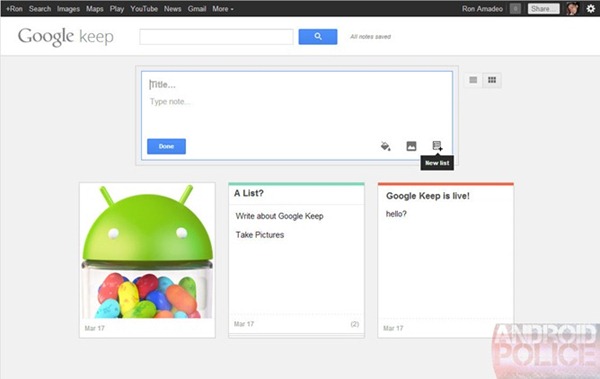 This actually isn’t the first time Keep was accidentally mentioned by Google. The Verge reminds us of an official Google+ post that contained a link labeled "save to Google Keep”, way back in July 2012.