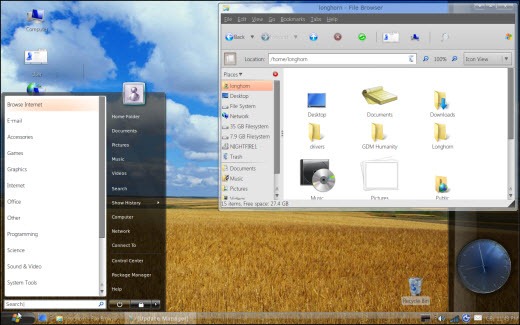 Because of the exaggerated eye candies which includes things like wobbly windows and 3D desktop cube, Longhorn Linux is demanding on system resources. The developers recommend a minimum of 512MB Ram, a graphics card and 3GB hard disk space at the least.