When I downloaded the new Windows Live Movie Maker beta I was disappointed to find that lots of essential editing features like timelines, text overlays on videos, audio editing, etc had been removed making it almost useless. The other Movie Maker – version 2.6 is pretty much the same, a stripped down version of the original Movie Maker. Besides, it works with only Windows Vista. 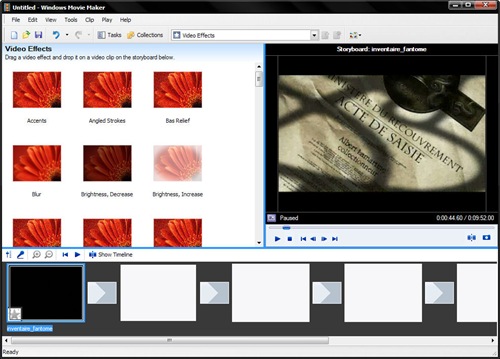 But a portable Windows Movie Maker has surfaced which apart from being portable, adds a few dozen extra features to the movie editing tool. It’s still version 2.1.4026.0, the version that comes with Windows XP+SP2, but with news effects making it slightly better than the installed one. It has a total of 147 transitions effects and 76 video effects, more than double than what the original edition has. The portability is an added advantage. What’s more? It works on Windows XP, Vista and Seven.