Every Windows user must be familiar with Minesweeper, the simple but addicting logic game, that first made it appearance on Windows 3.1 in 1992 and included in every Windows release since. On Windows Vista Microsoft gave the game a major visual overhaul, just like any other application of course, but a part of the decision for change was influenced by a controversy that has been brewing around Minesweeper for years. 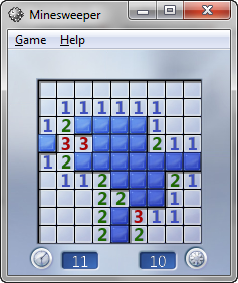 How an innocuous little game like Minesweeper can spur a controversy is a surprise in itself. But it did. The problem with Minesweeper is that it deals with mines, which are not a very pleasant topic, particularly for those living in North America. Dave Vronay, the then Research Manager for the Windows User Experience Compliance team, wrote in a blog post back in 2006.

There have always been a small but persistent group of users who disliked minesweeper as a concept because they felt it trivialized the problem of land mines. For those of us living in North America, land mines are an abstract entity that you really only see in a movie, but in many parts of the world people are killed or maimed by mines on a daily basis.  Over the years, these users have repeatedly asked us to either remove minesweeper or change the concept from landmines to something a little less obnoxious.

Microsoft decided to address these concerns when they are doing a general redesign for Windows Vista by creating a politically correct Minesweeper game. The company added an alternative game style called “Flower Garden” that allowed players to change the mines into flowers. This option is available in Windows Vista and 7. 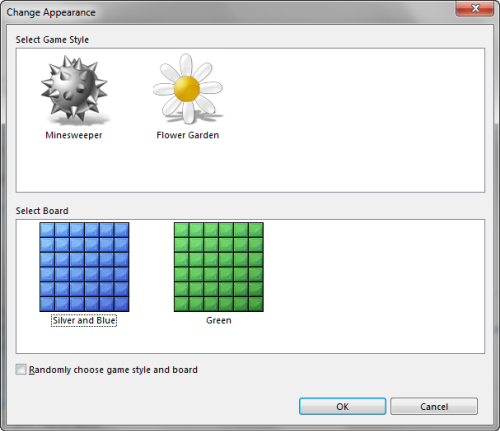 It was decided that Vista would choose a default game style based on location of the user. So if you install in North America you get the mines, but in a mine-sensitive area the default would be the flowers. Based on feedback from lawyers and geopolitics folks it was determined which countries should default to Minesweeper and which ones would default to Flower Garden.

But it wasn’t that simple, because a horde of problems followed. Firstly, it wasn’t easy on Vista to change the game name and icon according to location. Calling the game Minesweeper with a giant mine icon when the default was flower didn’t make sense. Worse, the game’s help file still talked about mines which was confusing for users. 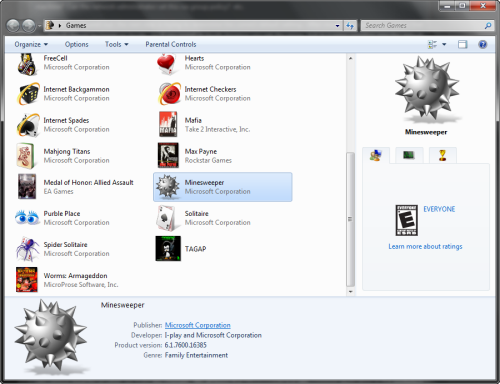 Just when these issues were taken care of another one arose – some people were still not happy with Flower Garden. They wanted Minesweeper to be removed altogether!

Dave Vronay writes that he was not sure how it all ended, but this example gives a little insight into the complexity of making simple UI changes in Windows. A delicate balance need to be maintained between people who disliked the old design and people who will dislike the new design. In this process more important matters get overlooked which results in even more bitching from users on an altogether new area.

One of the realities of making something with the reach of Windows is that it is almost impossible not to offend someone somewhere with anything you do.