NASA wants to send a picture of you to space. No, seriously. If you upload a head shot of yourself to their Face in Space website, your picture will be flown to the International Space Station in one of the last two remaining space shuttle flights. 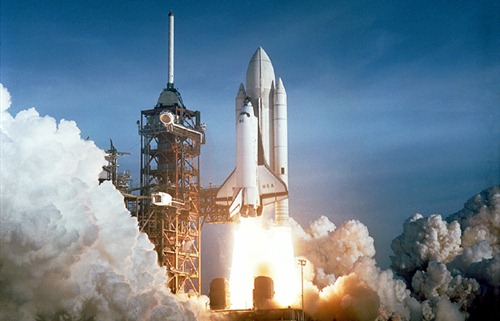 Face in Space follows a long tradition of spacecraft carrying personal mementos out of Earth. Since 1997, shuttle missions have carried elementary school students’ signatures as part of an outreach project called Student Signatures in Space. The Cassini spacecraft brought a disk of signatures into orbit around Saturn. The Phoenix Mars Lander took DVD to Mars’ north pole. The Lunar Reconnaissance Orbiter took a microchip to the moon. And the exoplanet-hunting Kepler telescope took a DVD full of names and messages to ET into orbit.

The Voyager I spacecraft’s cargo carried a phonograph record containing recordings of a kiss, a mother’s first words to her child and Carl Sagan’s wife Ann Druyan’s brainwaves, among other Earthly sounds.

More recently on August 24, 2009, a 70 meter antenna at Canberra Deep Space Communication Complex in Tidbinbilla sent out a burst of radio waves carrying personal messages from people to Gliese 581d, a planet outside our Solar System which may support life. And even as I write this, NASA is collecting names from the public that will be sent to Mars aboard the Mars Rover in 2011.

To take part in the Face in Space program you must be above 13 years of age. You can choose which of the last two Space Shuttle missions you wish to fly on, and after the Shuttle returns, you can print out a “flight certificate” signed by the mission commander.

STS-133 will launch the Space Shuttle Discovery on September 16, and STS-134 will launch Endeavour in November.