Although there are many open source and freeware web authoring tools, KompoZer deserves a special mention. KompoZer is a WYSIWYG (What You See Is What You Get) HTML Editor based on the now discontinued Nvu, which was another great open source HTML editor. KompoZer is a complete web authoring application that combines web file management and WYSIWYG web page editor similar to those found in Microsoft FrontPage, Adobe DreamWeaver and other expensive programs.

KompoZer is based on the Gecko engine, the same one that powers the immensely popular Firefox. It’s a fast, very reliable and standards conformant engine that is continuously updated and maintained by the open source community.

Here is a quick run down of Kompozer’s features and capabilities:

– It has an easy to use WYSIWYG editor with tabbed interface making working on multiple pages a snap. There is a cool viewing mode called “HTML tags” that displays all tags, carriage returns, block boarders etc visibly on top of the document in small floating tags. 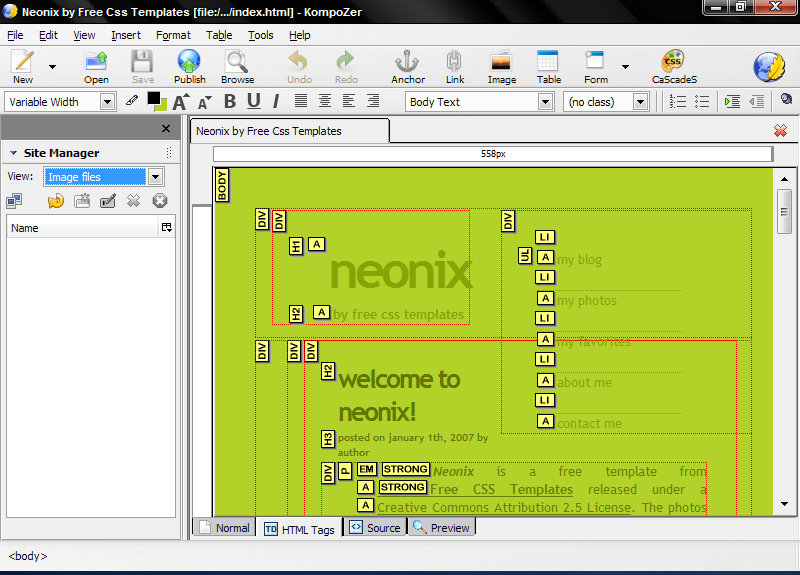 – Supports forms, tables and templates. The table creating wizard has a cool quick mode where you can drag your mouse to specify the number of columns and rows in the table.

– It has an integrated FTP manager to directly upload files to your web server. Simply login to your web site and navigate through your files, editing web pages on the fly, directly from your site.

– KompoZer also has a CSS editor. You can see your style settings applied ‘”live” to the document you’re editing. 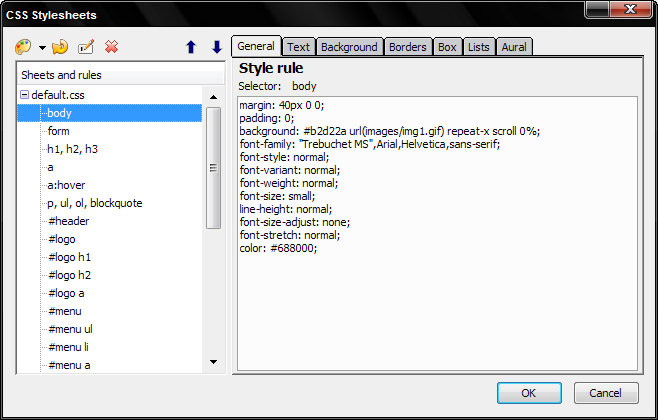 – Right-click on any element in the hierarchical toolbar at the bottom of the window and set directly its style properties.

– The toolbars are customizable in the same drag-and-drop method used in Firefox.

– It has a markup cleaner that performs such action like fix nested lists, remove alignment on empty cells, remove the most annoying trailing <br> tags and transform local URLs into relative URLs. This is another handy feature for Frontpage users. Frontpage has this annoying habit of adding the full URL of inserted images and other files instead of relative ones. We then have to go back and manually edit all the URLs. KompoZer will save you from this. 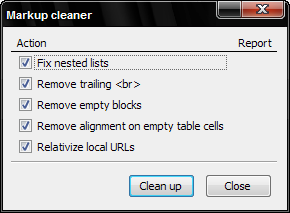 – It also has a W3C’s HTML validator which can be called right from within KompoZer that will help you create valid, clean documents.

KompoZer is certainly one of the best web authoring application I have ever used. You know what, as I type this (which I’m doing in KompoZer itself) I have already decided to replace Frontpage with it.