Since the launch of the first satellite, the Sputnik on 4 October 1957, mankind have placed some 6000 satellites into orbit. Out of these only about 900 satellites are operational and the rest are pure junk. Earlier this year, The European Space Operations Centre released some startling computer generated images highlighting the gravity of the situation. 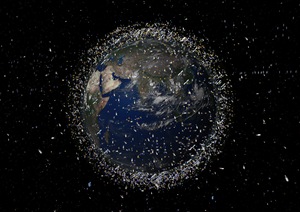 Even without all the space debris, the 900 odd functioning satellites themselves create a crowd around the earth. You can visualize this with NASA’s J-Track 3-D, a Java based program that runs in your browser and which pulls information from a database to plot the positions of the satellites in a 3 dimensional space. You can use your mouse to move the map around, zoom in and out of it and track the orbits of individual satellites. 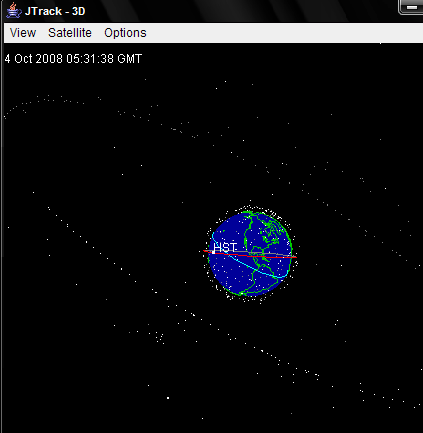 As you can see, it’s a mess. The well populated ring around the earth are the geostationary satellites at about 36,000 km above earth. The fuzzy cloud nearer to earth are Low Earth Orbit (LEO) satellites that zoom around the earth at approximately 27,400 km/hr. J-Track 3-D’s plot is real time, so you can actually see the satellites change position every few seconds.