With Windows Vista, Microsoft made a major overhaul of the interface of their file manager – the Explorer. The menu bar was gone, breadcrumbs navigation was introduced, search integrated into every window and there was transparencies every where. If you want to have all of these features in Windows XP, then try ViSplore. 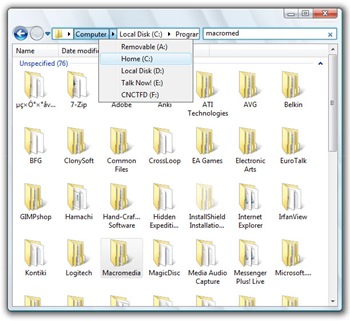 ViSplore is an application for Windows XP that brings Vista’s Explorer to XP. ViSplore doesn’t modify Windows XP’s explorer to implement these changes. Many applications had tried it unsuccessfully in the past. ViSplore is a stand alone file manager that is almost a clone of the real Vista’s explorer – the same Aero look, the same buttons, the same breadcrumb navigation. ViSplore doesn’t require any installation and doesn’t make any changes to XP’s explorer. It runs in the system tray and can be launched by clicking on Explorer from the tray menu or pressing Win+W. If you check the ‘Default File Manager’ option in the tray menu, ViSplore becomes the default explorer for Windows. All folder and drives from then on, will open in ViSplore. 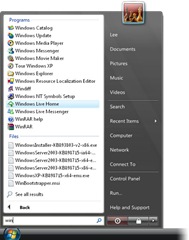 Another application that you might want to take a look is ViStart from the same developers. ViStart brings Windows Vista’s start menu to Windows XP with the same functionalities. It’s a perfect replacement for XP’s start menu and from the viewpoint of looks and functionality, both ViSplorer and ViStart are one of the best clones of the real thing.