Orbiter is a free flight simulator for Windows that allows you to soar up and beyond the confines of Earth’s atmosphere. Orbiter is not a shooting game or an arcade. It’s emphasis is on realism and the learning curve can be very steep even for those who are familiar with flight simulation games. This is because space physics and orbital mechanics is complicated and different from those experienced on aircrafts. Be prepared to invest in a lot of time.

The physics is realistic – planetary motion, gravitation effects, free space and atmospheric flight are accurately modeled and never before heard things like “gravity-gradient torque that effects vessels in low orbit as a result of their mass distribution” implemented in the simulator. I wish the graphics was realistic too.

Orbiter allows you to fly a number of spacecrafts, from the realistically modeled Space Shuttle Atlantis to the fictional Delta-Glider. Fly using conventional rocket engines or futuristic nuclear fission and fusion drives. Travel around the solar system or perform orbital and sub-orbital space flights. Try your hand in rendezvous operations like docking the space shuttle to the International Space Station or even the historic Russian Space Station Mir. Go on a mission to retrieve a drifting satellite or build a new space station in orbit. Or just fly around in your craft and enjoy the breathtaking view. 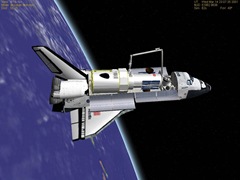 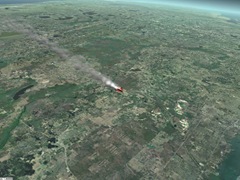 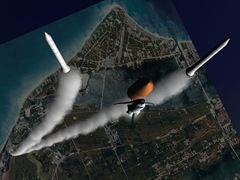 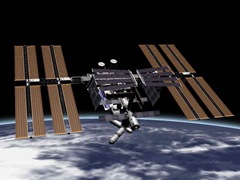 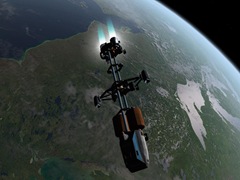 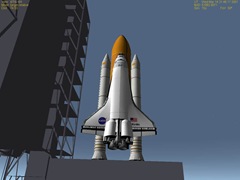 The inside of the cockpit is almost realistic with arrays of switches and knobs on your instrument panel. In addition to the cockpit view the player is also allowed to freely look around from outside the spacecraft. 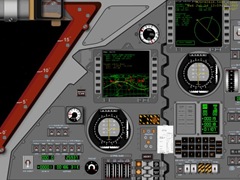 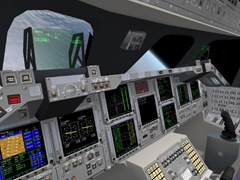 Orbiter has a bunch of addons like additional spacecraft and sounds (the original game has no sound probably because there is no air in space)  that extends the game. There is also a scenario editor that allows users to create their own spacecraft and scenarios.