Want to introduce Linux to your kids at a tender age? Then you should give them Qimo. Qimo (pronounced “kim-oh”) is a new Linux distribution, derived from the popular Ubuntu distribution, that is geared towards children aged 3 and up. With over sized icons and shortcuts to games lining the bottom of the screen, the interface is specifically designed to make navigation easy to the youngest of users.

Qimo comes pre-installed with free and open source games that are both educational and entertaining, with many more educational titles available for download. The distribution is available as a Live CD but can also be installed on a system – it needs just 192 MB to install. 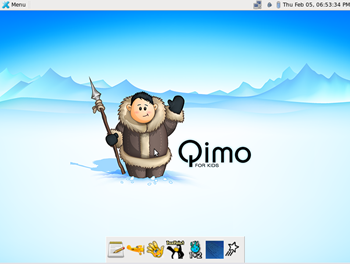 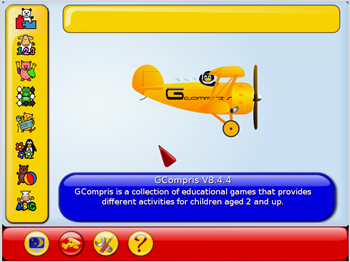 Qimo comes from a Florida based non-profit charitable organization QuinnCo, whose goal is to help the special needs of children and low-income children by giving them fully-functional computer systems. QuinnCo’s founders Michael and Michelle Hall are husband and wife who are parents of an autistic child.

QuinnCo’s computers come almost entirely from donated hardware, which are repaired, wiped clean of their existing files, and installed with Qimo. They even  arrange pick up of any donations of hardware in the Central Florida area, including computers, monitors, printers, internal and external components. So if you live in or near Florida and have any old hardware lying about, consider giving it away to this amazing couple and their organization.

By the way, if you happen to be a software developers with experience in C or Python, then you can even work for them as they are looking for a developer (at the time of release of the first version of Qimo, which is February 18, 2009) to help improve and add to the suite of games included in Qimo.