Have you noticed that the newsreader on TV never glances down to read the news from a copy? He or she always appears to have memorized the news and can deliver it looking directly at the camera. This is made possible by an arrangement called the Teleprompter.

A modern teleprompter consist of a video screen such as a computer screen that carries the text, and the words on the screen are reflected by a two-way mirror to the eyes of the speaker. The mirror is placed at an angle directly in front of the camera so that the speaker appears to be looking at the camera. The camera on the other hand has a clear view of the speaker. A special software is used to display the text whose scroll speed is controlled by the speaker using a piece of hardware called a "scroller". 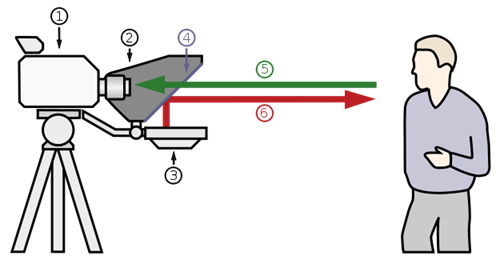 While this kind of arrangement is expensive, it’s entirely possible to setup your own teleprompter using a webcam (as the camera) and a simple transparent glass. A transparent glass under the correct lightening conditions behaves exactly like a two-way mirror. Observe how glass window panes reflect images of objects brightly lit under the sun when viewed from outside while from inside the house, which is comparatively darker than outside, the glass looks transparent. 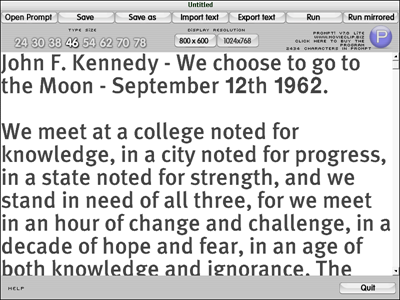 The software Prompt Lite is actually quite simple. It has two main functions – 1)it behave like a basic word processor with simple edit functions and 2)it scrolls text at a user controllable speed. The speech you are going to deliver before the camera is to be entered into Prompt, which can be done by exporting the texts on a TXT file into the program. The font size and display resolution can be adjusted from here. If you going to read from a mirror reflection, the text needs to be mirrored which can be done from here too. On the other hand, if you choose to read directly from the screen then the program can be run without mirroring the text. 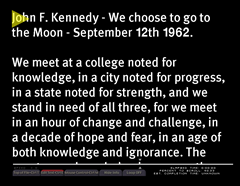 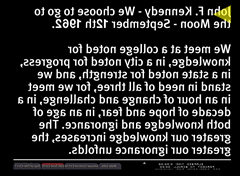 The scroll speed of the text can be adjusted with the arrow keys or Page Up/Page Down keys. If you need to pause, just tap the spacebar. If the display area looks too big, you can drag a black mask (the white line at the bottom) over the display to reveal only a small portion of the text. This allows better concentration. Once the text starts scrolling, a small clock at the bottom of the window gives you the elapsed time.

Prompt comes in two formats. Prompt on black covers the entire screen with a black mask. No part of the desktop is visible when Prompt on black is running. This reduces distraction and allows you to concentrate on the text. The other format is a floating window that does not draw the screen black and which cannot be maximized. This format is a bit distracting but it allows you to access the desktop and other applications. Whether you are running Prompt on black or simple Prompt, the text is always white on black.

If you are interested, you can read this Do-It-Yourself article describing how to set up a cheap teleprompter at home.