Do you recognize the following image? 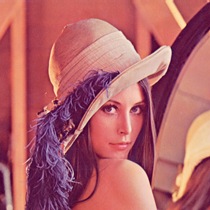 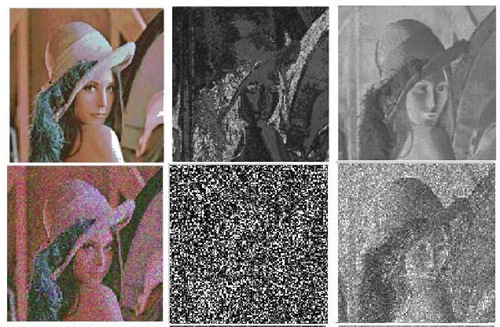 An example use of Lena

The woman in the image is Lena Soderberg, a Swedish model, who originally appeared on the November 1972 issue of the Playboy magazine. The image started making rounds among computer nerds when some researchers from the University of Southern California scanned the image from the magazine to use it in their work.

It was in the summer of 1973, an assistant professor of electrical engineering at the University of Southern California Signal and Image Processing Institute, along with a graduate student and the lab manager, was hurriedly searching the lab for a good image to scan for a colleague’s conference paper. They got tired of their stock of usual test images, dull stuff dating back to television standards work in the early 1960s. They wanted something glossy to ensure good output dynamic range, and they wanted a human face. Just then, somebody happened to walk in with an issue of Playboy.

The engineers tore away the top third of the centerfold so they could wrap it around the drum of their Muirhead wirephoto scanner, which they had outfitted with analog-to-digital converters. The Muirhead had a fixed resolution of 100 lines per inch and the engineers wanted a 512 × 512 image, so they limited the scan to the top 5.12 inches of the picture, effectively cropping it at the subject’s shoulders. Of course, they wouldn’t have dared to use the complete image on a conference paper for, like every Playboy centerfold image, Lena had posed nude. 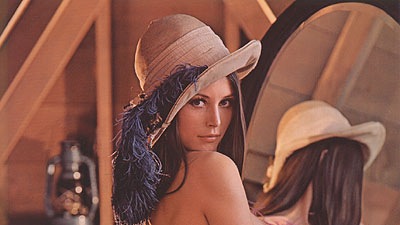 The imperfect scanning machine however lost one line from the image. Since the image was needed in a hurry, the top line of the image was replicated to obtain exactly 512 lines. Further, the A/D converters distorted the image resulting in a slightly elongated image. Nonetheless, this image soon became one of the most used image in computer history, so much that the mysterious Lenna came to be dubbed the “First Lady of the Internet”.

David C. Munson, editor-in-chief of IEEE Transactions cited two reasons for the popularity of the image in research

First, the image contains a nice mixture of detail, flat regions, shading, and texture that do a good job of testing various image processing algorithms. It is a good test image! Second, the Lena image is a picture of an attractive woman. It is not surprising that the (mostly male) image processing research community gravitated toward an image that they found attractive.

The image also had it’s share of controversy, from people of the community who disliked the fact that the source of the image is Playboy and also from the magazine publisher for infringement of copyright. Though later Playboy decided to overlook the widespread distribution of this particular centerfold.

We decided we should exploit this, because it is a phenomenon.

Coincidentally, Playboy states the issue was its best-selling ever, having sold 7,161,561 copies as of May 2006.

While all this was happening, Lena Soderberg was blissfully unaware of the fame these researchers had shot her into. It was only in 1988 that she came to know about it when she was approached by a Swedish computer publication for an interview. Lena Soderberg currently leaves in Sweden, happily married with three kids and a job with the state liquor monopoly.

Sources:
Wikipedia, A Complete Story of Lenna, A Brief History of Lena