How about an operating system that boots up your computer in the same amount of time it takes to turn on your TV? xPUD is that new Linux distribution that boots up even before you can pronounce it’s name. It’s an extremely small kiosk-like distribution that is built upon the Mozilla Gecko Runtime and XUL, and is binary compatible with most major Linux distributions like Ubuntu or Fedora allowing you to run most of your favorite applications on it. 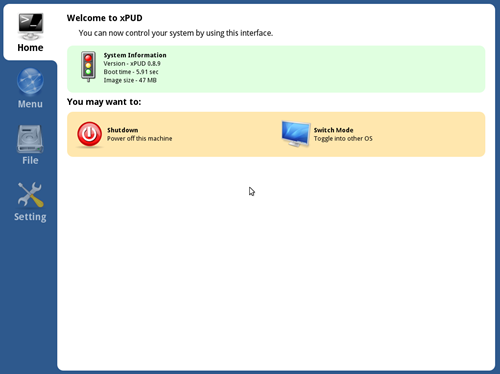 The distribution comes with a limited set of application for doing basic task which includes Firefox web browser, Transmission Bittorrent client, a media player (mplayer), a picture viewer (gpicview), a text editor (leafpad) and the terminal. 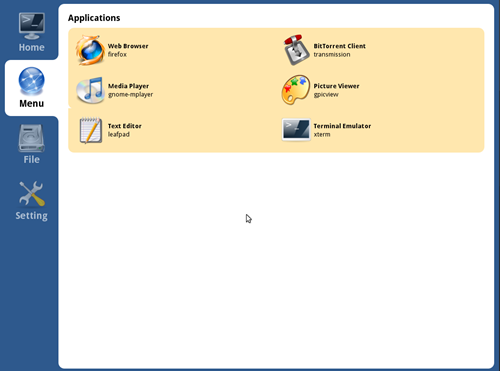 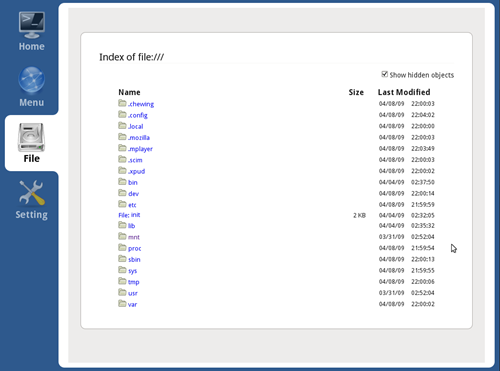 The settings menu will show you plenty of handy tools but apart from the WiFi connection setup, none of the rest has been implemented yet. xPUD is very much in development. 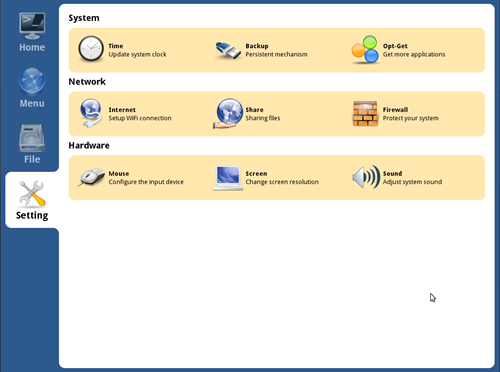 The live CD takes longer than 10 seconds to boot but on installation it is capable of breaking the 10 second barrier no matter how old your computer is. Watch the under 10 sec boot in the following video.