If you are following the recent updates about Windows 7, I believe you have heard about Windows 7 XP Mode. The Windows XP Mode is a virtual desktop environment running inside Windows 7 that will allow users to run Windows XP applications seamlessly with other applications on the desktop. The XP Mode is indeed an exciting feature and it has generated quite a buzz in the blogosphere.

As more and more information about this secret Microsoft technology began leaking, it was revealed that not all processor will support the XP Mode. Apart from the minimum requirement of 2GB of memory, the system should have a processor that supports hardware level virtualization from either Intel or AMD. 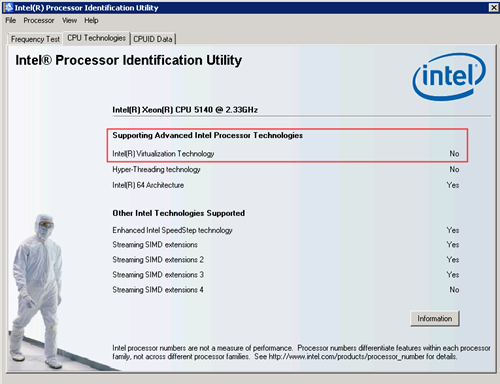 Unfortunately it has been told that the Intel tool is not one hundred percent reliable. So here is a better tool that works with all Intel as well as AMD processors.

SecurAble is a standalone application that probes the system’s processor to determine the presence, absence and operational status of three modern processor features: 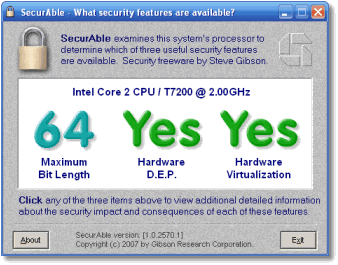 We are interested with the 3rd result. As you can see, the CPU tested in this screenshot supports hardware virtualization and hence can run XP Mode.

Zdnet blogger Ed Bott has prepared an extensive list of Intel processors that support or does not support hardware virtualization. Checkout from the list below whether your CPU is lucky enough to run XP Mode. (Thanks Ed)