The priority level of a running process determines how much precedence or importance the processor gives to the requests from the said process for processor time. By default all applications and processes are assigned the same level of priority, the “normal” level. A process with a priority higher than normal is allocated more CPU cycles than those with lower priority. 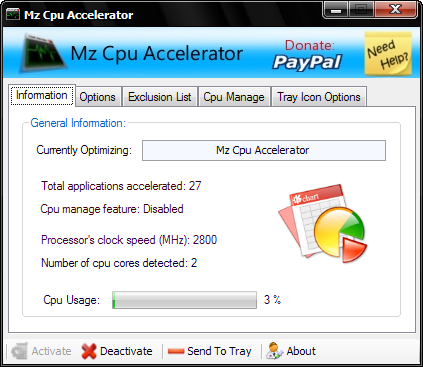 The program also has an exclusion list using which you can exclude certain programs from this priority toggling.

One drawback of automatically switching priority of applications could be that if the active window somehow freezes, you can have a very hard time unfreezing it.