Subsonic is a free, web-based music streaming server for your personal computer that lets you share your music with friends, or to listen to your own collection while at work. Subsonic instantly transforms your PC into a music hub. You can access your entire music collection from anywhere on the Internet by just pointing the browser to your computer. Subsonic is vastly more powerful than the previously mentioned Sockso, another free streaming music server software.

Adding music is so simple. If you keep all your music on a separate partition, which most people do, all you have do is specify that hard drive partition. In a snap, your entire music collection will get added, even if it’s stored in folders several levels deep. Further, it will organize and display the collection alphabetically. What’s more? When you load an album or several albums into the player, Subsonic will automatically retrieve the album cover art from the Internet. 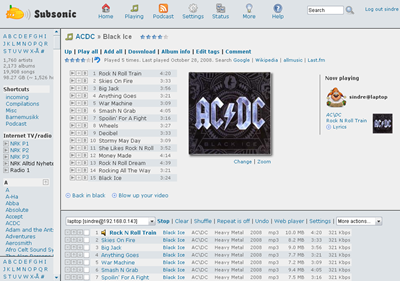 You can create as many users as you want and assign different privileges to them So some users might be able to download music files while others might only listen. You can also limit the bitrate and album cover image size for individual users. 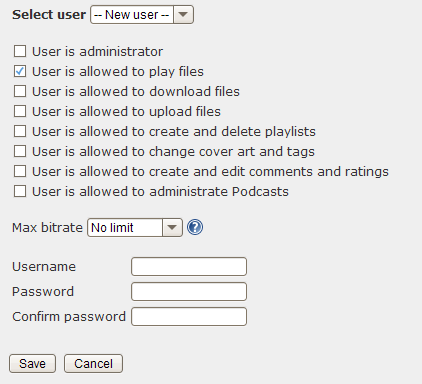 Subsonic allows you to choose between three different kinds of players – an integrated Flash player, an external media player with the playlist controlled by the Subsonic server and an external media player but with the playlist controlled by the player rather than the server. These settings too can be applied to different users.

Subsonic also supports on-the-fly transcoding that enables streaming of media that would normally not be streamable. The transcoding doesn’t require any disk usage. The transcoding is however done by third-party programs which must be installed separately.

Subsonic also comes with an integrated Podcast receiver, and an internet TV and radio stations manager.

Subsonic is based on Java and hence runs on most platforms, including Windows, Mac, and Linux.