I’m not very enthusiastic of screensavers, but I really like these two.

PolarClock is an interesting screensaver that displays the time, date, month and day in a series of concentric circles. Each of these time parameters are represented as separate circles. As time passes by, the circles grow incrementally. You can change the color, thickness and radius of the arc, and shuffle them in any order you want. You can also change the text font, size and positions. 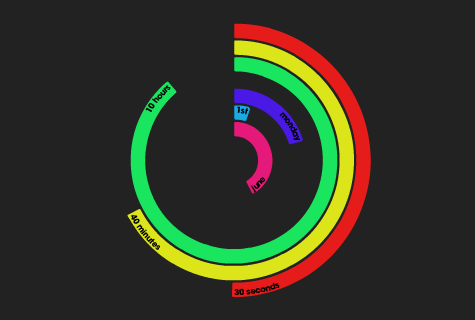 PolarClock is available as a Windows screensaver, Mac OSX dash board widget as well as an iPhone application. You can catch a demo of the screensaver on the website. It’s beautiful.

Another screensaver with similar concept but with lesser bling is Analogy. Analogy is a typographic clock screensaver that displays the time – hours, minutes and seconds in numbers slowly revolving around concentric circles. The numbers leave a trail in an arc as it goes around and the tail of the arc slowly fades away with time. Analogy has two color modes – black text over white background and white text over black. 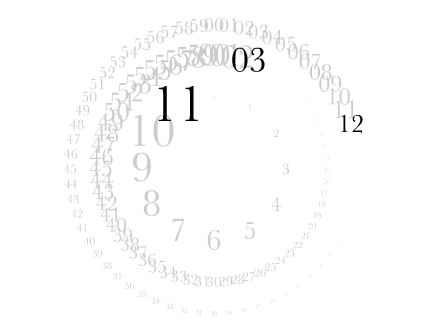 Analogy is available both as Windows and Mac screensaver.