PureSim Baseball 2007, once a commercial game for Windows, has now been released as a freeware by the game developers Suldog Studio. This baseball management simulator lets you create your own baseball team and baseball leagues made up of either fictional players or real major league players, and pit them against opponents in either offline or online games.

PureSim Baseball also lets you design your own fantasy teams, giving you the opportunity to field a real ‘fantasy’ team against any opponent in fantasy league matches. Your players, like your organization, grow, their skills fluctuate, they age, and eventually, they retire. You have to hire scouting directors and managers to oversee various operational tasks, negotiate contracts and manage financial aspects of the game. 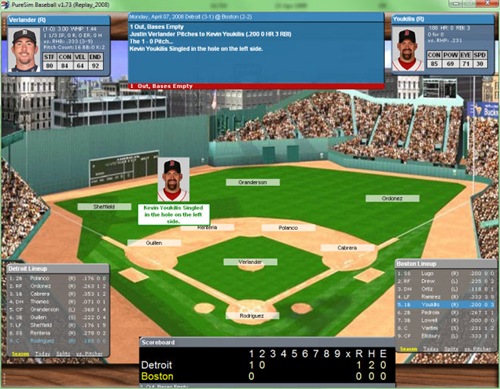 The released free game includes all the features of the commercial game, including some new enhancements. The player database has also been updated to include all players and teams that has ever played baseball between 1900 till 2008! If you have already bought the game, you will still have to download this version to enjoy the new enhancements.