Privacyware Privatefirewall is an easy to use, non-intrusive firewall for personal use that can be used by both casual users as well users who are fairly conversant with computers and the Internet. Privatefirewall’s almost alert-free operations makes it perfect for users who want to keep themselves protected without having to learn the intricacies of the underlying programs and processes that runs their network.

Anybody who has used a firewall before should be completely at ease with Privatefirewall’s familiar very “firewall type” interface. There is a general protection level (high/medium/low) as well as customizable security settings for each application and process. There are different network profiles (if you use it on a laptop at various places like home and office) and you can quickly switch between them. 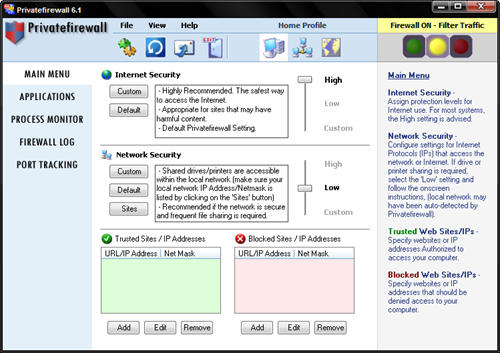 Privatefirewall also detects malware and intrusions based on behaviors characteristic of unauthorized system use. Some of these include: 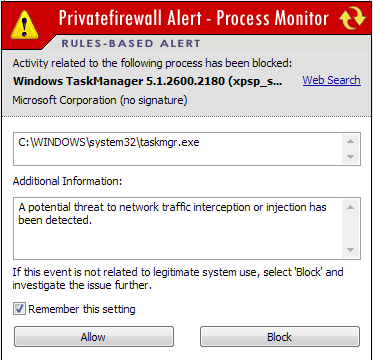 Privatefirewall also has a Port Tracking feature that monitors all system port and protects them against unauthorized entry.

Privatefirewall earlier used to sell at $29.95, but now it’s a free product. It supports Windows XP, Vista and Windows 7. Try it for a few days and see, it’s surprisingly good.