Smokin’ Guns is a free, open source first person shooter game for Windows and Linux based on the Quake 3 engine but set on the old wild west. The game was originally developed by Iron Claw Interactive under the name Western Quake. In 2003, the game developers stopped development of the game after the release of the second beta. Then in 2005, another team took over the game and continued development under a new name “Smokin’ Guns”. The first stable version was released in January 2009. 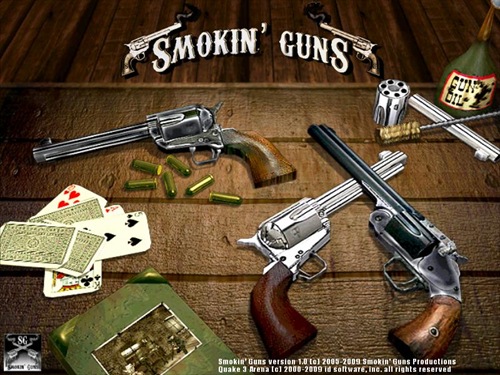 Smokin’ Guns has both single player as well as multiplayer missions, and has all the ingredients of a perfect first person shooter – a big arsenal of historically accurate guns, dozens of maps and different game modes like bank robbery, death match or the classic one-to-one western shootouts using only pistols.

I haven’t played this game yet, but from the screenshots it looks great. I will try to get my hands on it this Sunday. Should be fun.