The amount of over clocking depends on how heavily the cores of the processor are utilized and how much power is available. If the CPU is operating below rated temperature and power and if there is enough headroom, the clock speed of one or more of the cores could be automatically increased resulting in increased performance.

TMonitor is a CPU clock monitoring tool that allows you to watch the fluctuating clock speed of each core of the processor in real time. This tool is particularly useful in visualizing the Turbo Boost feature of the Core i7 processor. A very high refresh rate (20 times per second) allows visualization of even the smallest clock variation in real time.

The following screenshot shows the effect of Turbo Boost on an Intel Core i7 870 processor. 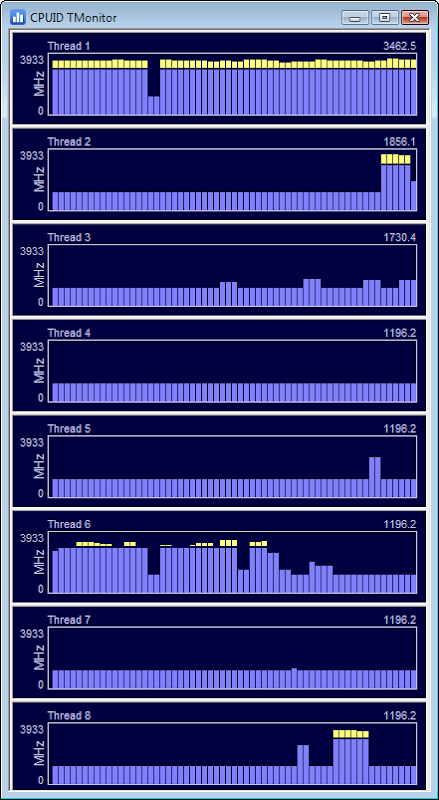 TMonitor is designed to work only with Intel Core 2 and Core i3/i5/i7 processors at the moment.