Often optical disc image creating software defines and uses its own proprietary image format. This is especially true for commercial software. Proprietary file formats are almost always tied to that particular software package. A popular example is the NRG format which is used by the Nero burning program. In order to burn a disc saved in the NRG format you’ll have to use Nero and Nero alone.
AnyToISO is a software that frees us from the shackles of proprietary image file formats. This software is capable of converting almost any image format into the universally accepted and standard ISO format. Any disc image burning software can read the ISO format. So if your not-too-computer-literate friend sends you a disc image he created with Nero or say DiscJuggler, you can quickly convert the image or extract it’s content using AnyToISO. 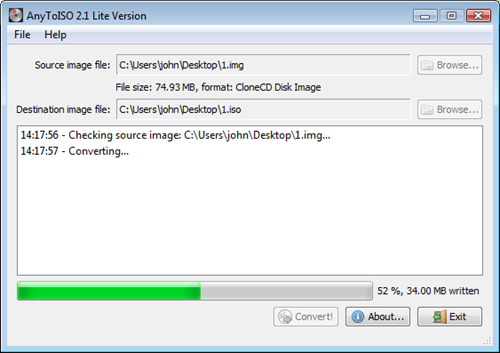 Convert to ISO and Extract