Are you a digital artist running out of ideas? Do you want to create some abstract designs but don’t know from where to start? Try Alchemy.

Alchemy is a peculiar open source drawing tool that can be best described in their own words:

Alchemy is an open drawing project aimed at exploring how we can sketch, draw, and create on computers in new ways. Alchemy isn’t a software for creating finished artwork, but rather a sketching environment that focuses on the absolute initial stage of the creation process. Alchemy lets you brainstorm visually to explore an expanded range of ideas and possibilities in a serendipitous way. 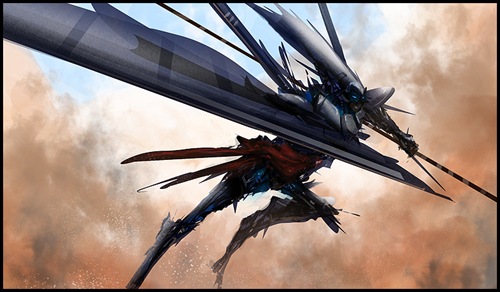 Unlike other paint programs, Alchemy is not necessarily about creating finished artwork, instead it focuses on using experimental interaction to come up
with new ideas completely. ‘Experimental interaction’ in this case means things like using your voice to control how lines are drawn on screen, generating random shapes, or drawing with symmetry to create a quick face or body.

You might use Alchemy to draw for fun and experiment with, or if you’re a more serious artist you might use it as a digital sketchbook – a place where you can experiment with new forms and drawing techniques. For example, like in the image below, you can create a quick and chaotic silhouette in Alchemy then later move to
a more conventional paint program to add the finishing touches.

Alchemy is not your typical drawing software with a paintbrush and color bucket. In fact, it’s missing a lot of features you expect to find in a drawing application – no undo, no selecting, and no editing! But that’s all a part of the plan to output a great number of good, bad, strange, and beautiful shapes, rather than a single ‘perfected’ one. It’s just like a brainstorming session where you ask a group of people to fire away their ideas both good and bad to generate a discussion which in turn will generate even more ideas. 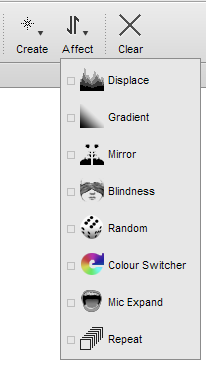 Alchemy comes with a set of bizarre drawing tools to help you experiment new shapes and ideas. The tools are organized under two sets – “Create” and “Affect”. You can pick any one “Create” tool and combine it with any number of “Affect” tools to generate beautiful, unique and abstract patterns in the canvas.

For instance there is a tool called “Scrawl Shapes” that generates random scrawls as you draw. Combine it with the “Color Switcher” tool and you get scrawls of varying colors. Or you can use the “Mirror” tool to generate mirror images of whatever you draw. Another tool called “Blindness” turns of the canvas display so that you can’t see what you are drawing. Only when you release the mouse button, your drawing becomes visible.

Alchemy can automatically save the contents of the canvas to a page in a PDF file at set intervals, so that you can later see how the canvas looked at various stages of the drawing. The interval can be adjusted by the user.

Alchemy is in a “very raw Alpha” stage but it’s already very usable. It’s available for all the three major platforms – Windows, Linux and Mac.

Here are some amazing sketches I picked up at Alchemy’s forums. 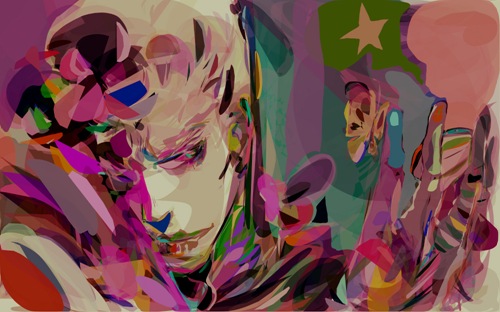 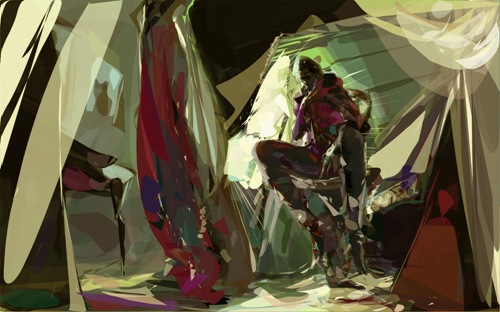 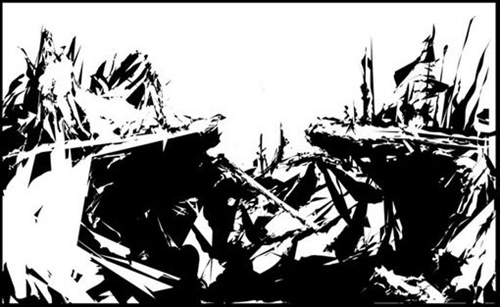 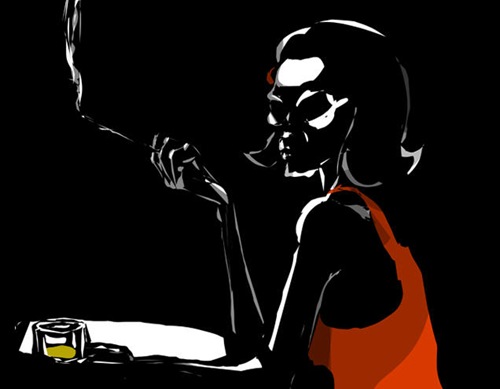