FastPictureViewer WIC RAW Codec Pack is such a third party platform that brings support for more than 20 different RAW image formats to Windows. The codec pack currently supports the TGA raster image format along with the 20 raw image formats from more than 13 camera manufacturers, covering about 300 camera models. 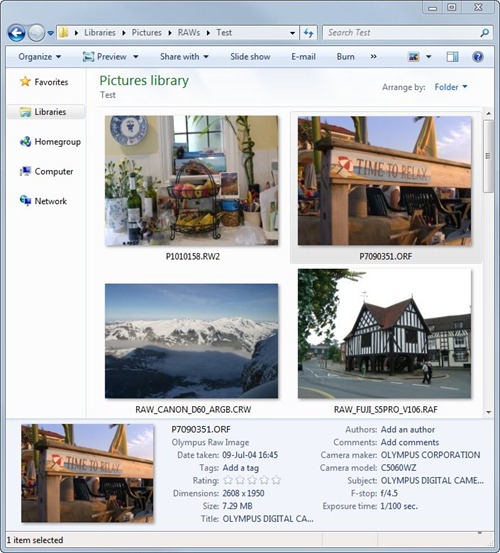 To enable thumbnail support for other image formats not natively supported in Windows XP, you can use ThumbView.