GamerOSD is a software from ASUS that lets you boost the performance of your graphics card by overclocking, even when playing a game. Anytime during game play you feel you need more power from the video card, simply activate this tool and adjust the GPU clock for instant gratification! GamerOSD also lets you adjust the gamma, brightness, and contrast values – all without even exiting the game. 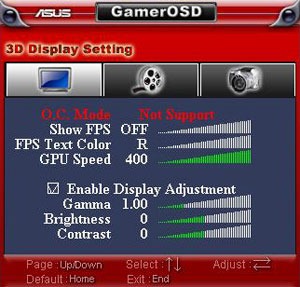 GamerOSD also functions as a graphics card benchmarking tool as it displays the FPS (Frames Per Second) in real time. It can also capture videos of your gameplay which are saved as video files at a predefined location. You can even turn your gaming PC into a broadcasting server to let your friends watch your videos in real time. Now that’s cool. 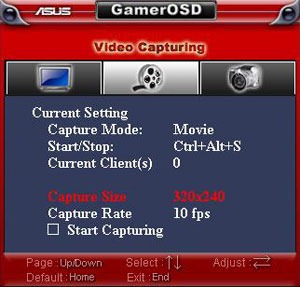 If GamerOSD can capture videos, obviously it can capture screenshots too. It can capture a single or multiple images, and even turn them into animated GIF files. That means you can record game videos not as video files but as animated GIFs. That’s uber cool!

But wait, there is a catch. GamerOSD is free only if you use an ASUS video card. If you have a non-ASUS card, the software will revert into a 30-days trial version. Duh!

[via I Love Free Software]