Sushi, huh? is a program that allows Linux users to update and install packages without having an active Internet connection. This oddly named software allows one to download the updates and desired packages on another computer, transfer it to a removable media and use it on the target Linux computer directly from the removable drive, like portable applications. Sushi, huh? makes possible for users to install/use the latest updates and programs on Linux computers that aren’t connected to the Internet. 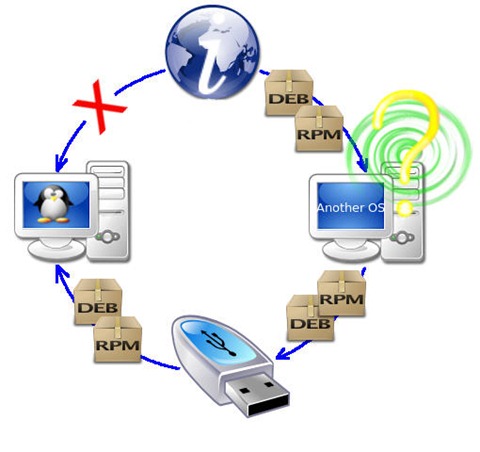 The computer which has Internet connectivity and to which the packages are to be downloaded, however, can run any flavor of Linux and even Windows. A batch script (Python script for Linux) needs to be executed which will open the default browser and ask the user some simple questions, like the version, architecture and repositories of their choice. 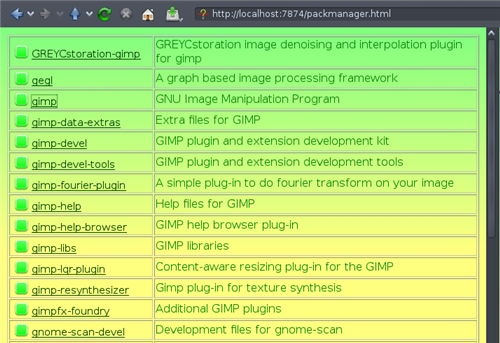 Sushi, huh? will then download all necessary files and load the repository.
Then, the package manager will appear, which the user can use to find their packages, get all necessary information and download the packages.

Finally, copy all the downloaded stuff to a flash drive and use it on your Linux computer.