Windows System Restore, introduced in Windows Me, is a life saving feature that allows for the rolling back of system files, registry keys, installed programs, etc. to a previous state in the event of malfunctioning or failure. System Restore has helped me numerous time to recover my system due to corrupt files and faulty application programs.

Windows System Restore however suffers from one drawback – it cannot rollback changes made to user files such as documents, images and the like. This kind of ability is available only on Comodo Time Machine (CTM), a powerful system rollback utility. 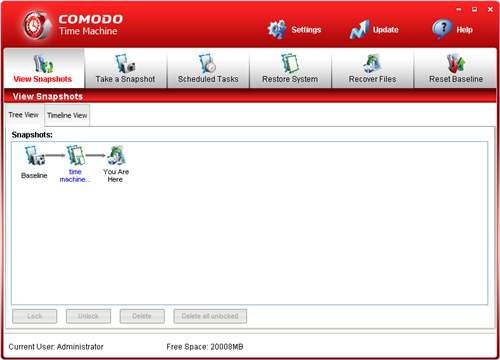 Comodo Time Machine is pretty advanced and nothing like Windows System Restore. It gives the user a fine control on the restore process. For instance, you can set CTM to take a snapshot every time Windows starts, or always take snapshots before restoring to an earlier time, or synchronize files between folders when restoring and other such robust security features. You can also schedule automatic snapshots at regular intervals. 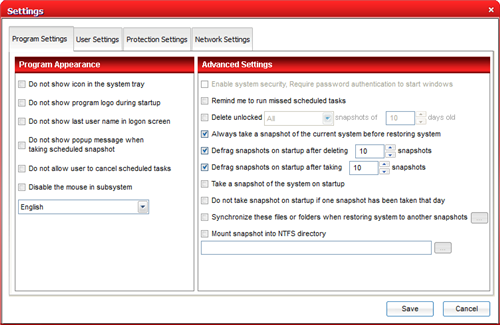 The only option I couldn’t find is setting the maximum disc space CTM can use. This is an essential feature that seems to be missing, because as CTM takes complete snapshots including user files you can quickly run out of disk space. CTM recommends at least 10 GB free space, which is a lot in my opinion.

An interesting feature of CTM is the ability to mount a snapshot and browse it’s contents to recover or extract individual files from it. You can also right click on any file or folder in Explorer to synchronize it with an earlier snapshot version. For example, you can synchronize the contents of a folder to a snapshot you took last week so that when you rollback to that snapshot, the contents of the folder stays the same as present. Wonderful!