LMMS lets users generate sounds and tones which can be arranged to create entire tracks easily. LMMS can also connect to your MIDI keyboard, allowing you to play music live. 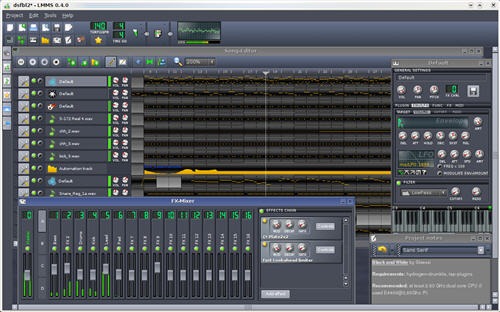 Since I’m alien to music composition tools, the interface looks quite intimidating to me. Seasonal users will hopefully ooze with excitement.