The developers of XWindows Dock, the realistic clone of the Mac dock for the Windows platform, has just released a new updated beta version of their product. The new version 2.0 beta boasts of a new engine, new skins, new plug-ins, better look and faster performance. The new dock now also supports Windows 7.

XWindows Dock beta 2.0 has been programmed from the scratch, the developer reveals, improving stability and performance. The API has been simplified making it easier for third party and independent developers to build plug-ins. The new skin system has also been simplified – it now uses simple images and text to describe skins. Anybody can now make their own skin in 5 minutes, it says. 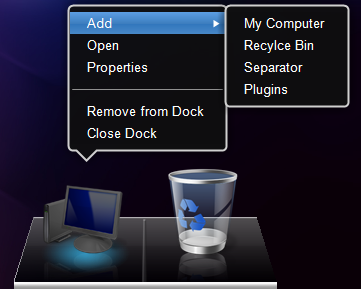 The application also makes heavy use of the drag-and-drop feature. You can simply drag any application into XWindows Dock to create a new dock.