Everybody has one, but nobody gives it much thought – the hard disk drive. It’s just another device, another component on their computer system. But those who care, here are some facts to ponder upon. 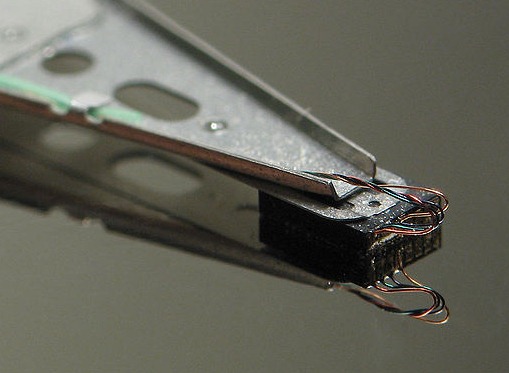 You probably know this. The hard drive head never touches the disk platter it’s reading or writing data from. The reason why the hard drive head do not make contact with the media is due to the excessively high speed the disk platter spins and the need for the heads to frequently scan from side to side to different tracks. If the head is allowed to make contact with the disk it would result in unacceptable wear to both the delicate heads and the media. If the head were to touch the spinning disk, accidently, it would damage both the heads and the surface of the disk leading to disk failure.

The hard drive head do touch the disk platter

But I just said they don’t. Yes, but only when the hard drive is in operation. When powered off, the head rests in contact with the disk platter. Now why is that? 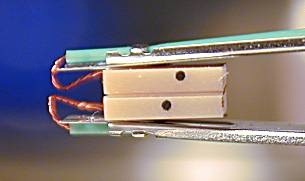 A pair of mated head sliders with their platter removed. You can see that the tension of the head arms has caused them to press against each other.

It’s not possible to engineer a read/write head assembly that hovers precariously over a disk platter at incredibly tiny heights while the disk spins underneath at crazy speeds. Maybe it’s possible, but there is a better solution to the problem.

Instead of rigidly fixing the arm that carries the head into the assembly, they are spring loaded, which causes the sliders to press against the platters when the disk is stationary. This is also done to ensure that the heads don’t drift away from the platters when the disk is not operating. When the disk spins up to operating speed, the high speed causes air to flow under the sliders and lift them off the surface of the disk- the same principle of lift that operates on aircraft wings and enables them to fly. The amount of lift achieved can be precisely controlled by adjusting the tension on the springs.

Yes. That’s how close the head comes to touching the disk surface. About 3 nanometers. That’s even smaller than a bacteria or a virus. The read/write head is incredibly small too – width of less than a 100 nanometers and a thickness of about 10, and it flies above the platter at a speed of up to 15,000 RPM.

To get things into perspective, Tom’s Hardware makes a comparison of the head with an aircraft. If the read/write head were a Boeing 747, and the hard-disk platter were the surface of the Earth:

A hard drive’s case is not sealed air tight

A common misconception is that a hard disk is sealed air tight. A hard disk must operate in a clean, dust free environment due to the very small distance between the head and the platters, which is why it’s believed that hard disks are hermetically sealed in the factory to prevent contamination by dust particles. This is not true.

Air is required for the heads to function. While the disk’s internal environment is separate from the outside air to keep it clean, air exchange is permitted between the outside and inside of the drive to allow the drive to adjust to changes in air pressure. A special "breather" filter is installed to prevent foreign matter from contaminating the drive. 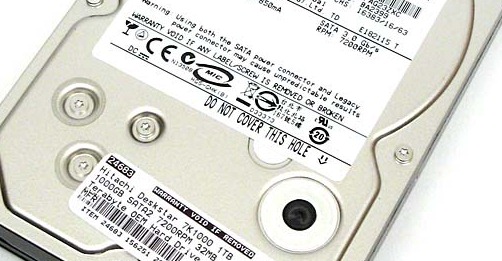 You must have seen warning labels on a hard disk that say “Do not cover this hole” and an arrow pointing to a small hole. That’s the ventilating hole. 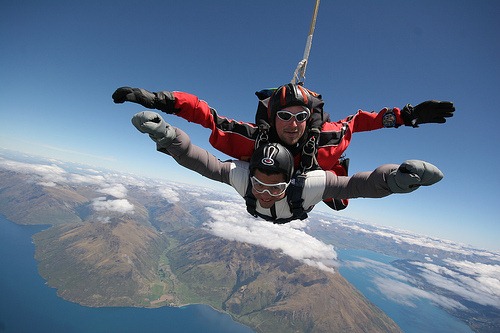 The safe operating altitude for a hard drive is usually 3000 meters (~10,000 feet). Specially manufactured sealed and pressurized disks, such as these, are needed for reliable high-altitude operation. Above 12,000 meters (~40,000 feet) a normal desktop hard drive will fail to operate.

Using a laptop on a commercial airliner is safe because the cabin is pressurized, but if you live in a high altitude region, you should switch to a more rugged disk drive.

Given these facts, it’s amazing how much abuse these hard disks can take and how many people take this technology for granted every day.

There are dozens of other things that I would like to discuss about a hard disk, but let’s wrap this up here. So did you learn something new today?