If you thought EULA (End User License Agreement) is a 21st century invention by evil businessmen, meet Sir Thomas Alva Edison. This photograph shows what could possibly be the oldest EULA ever. It’s a license statement on Edison’s Wax Cylinder, one of the oldest sound recording and reproducing medium, whose terms proves that EULAs were in existence for over a century ever since man learnt to keep record of music on physical objects. 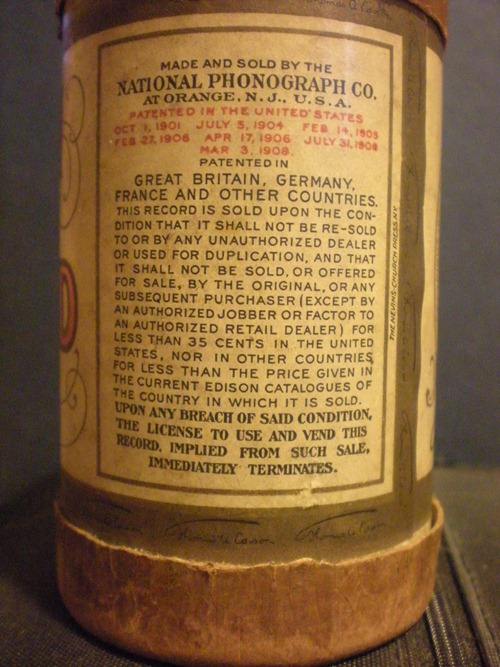 The license terms read as follows. Notice how similar the wordings are to modern EULAs on software and music CDs.

This record is sold upon the condition that it shall not be re-sold to or by any unauthorized dealer or used for duplication, and that it shall not be sold, or offered for sale, by the original, or any subsequent purchaser (except by an authorized jobber or factor to an authorized retail dealer) for less than 35 cents in the United States, nor in other countries for less than the price given in the current Edison catalogues of the country in which it is sold.

Upon any breach of said condition, the license to use and vend this record, implied from such sale immediately terminates.

This gem was discovered by a HackerNews submitter on Flickr.