Remember that demo video of the amazing new content-aware fill in the upcoming version of Photoshop? Sure, it left everyone’s jaw dropping. Now guess what? There is already a plug-in available for the open source image editor GIMP that does the same thing… almost.

The plug-in called Resynthesizer, can generate textures from a given sample the same way Photoshop’s content-aware fill does.

As a demonstration of Resynthesizer abilities, the same pictures used by John Nack in the content-aware fill demo video were processed on GIMP with comparable results. 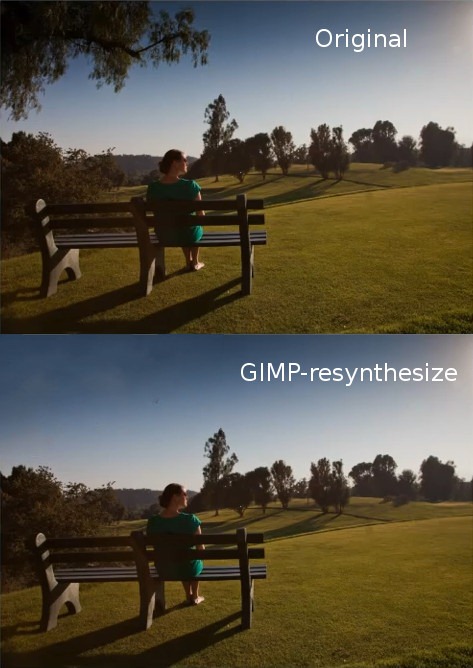 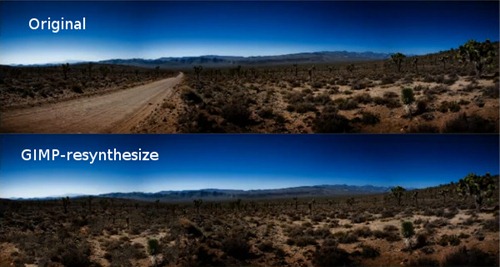 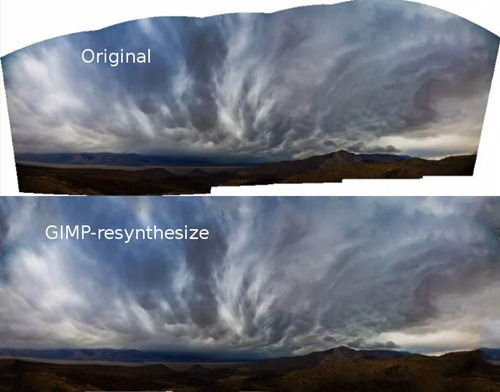 The images are low resolution so we can’t make out the details. At this moment it’s impossible to say who does a better job – GIMP with Resynthesizer or Photoshop.

Here is another one. There is a noticeable smudge on the final result. 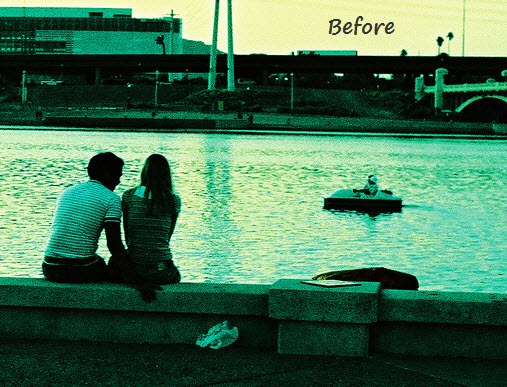 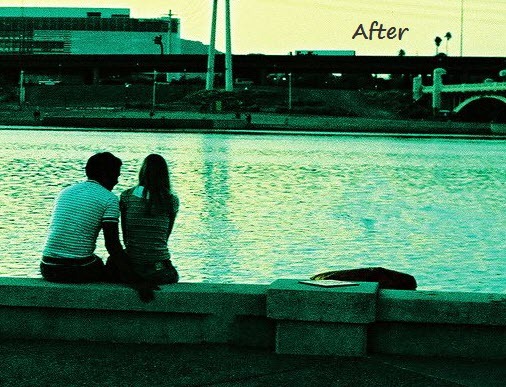 News Lily has posted a nice tutorial on how to use Resynthesizer on GIMP.