The Large Hadron Collider is preparing it’s first ever proton collision at 7 TeV and the event will take place live via a webcast direct from CERN headquarters.

The live webcast of the first scheduled collisions has already begun and will continue till 5 pm (GMT), during which it is hoped two 3.5 TeV beams will be collided. 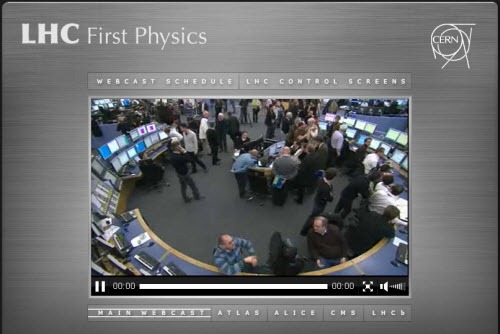 Although it is not guaranteed that scientists will achieve 7 TeV collisions today, the Large Hadron Collider will continue to run until autumn 2011, during which time the team will collect and analyse data from any successful collisions.

The first attempts to collide particles will begin at 8 am, and can be seen via CERN’s webcast which will include live footage from the LHC control rooms, coverage of the experiments, step-by-step explanations of how collisions occur, as well as commentary and interviews with experts at the facility.

[via Mashable and Wired]