Motorola is planning to release a new kind of product that will allow parents control who their children call on their phone and even intercept their conversations.

While parental control on cell phone usage is nothing new, generally such services rely on a compliant network operator and/or a customized handset. Motorola’s new technology, in contrast, allows parental controls on any handset on any network by intercepting communication with the SIM. 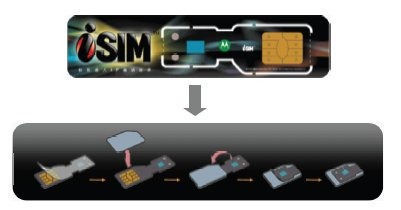 Motorola’s iSIM (intelligent SIM) will be available as plastic wraparound for the SIM card. Just wrap an iSIM around the SIM card and once the service is live you’ll get a web interface through which you can set the permitted numbers and who they communicate with, how much they use the phone and when they use it. That configuration is sent to the mobile and intercepted by the iSIM, which blocks calls to other numbers by refusing to authenticate the SIM to the phone.

The iSIM will not only allow parental control but also enable third party developers to build and deliver applications and services using the SIM toolkit (STK) and other standards that work across mobile handsets, such as JAVA and SMS.

A clever kid may discover the iSIM and try to remove the protective layer, so parents will have to install it on the sly. Of course, if you are the kind of parent who needs the help of your kids to operate a phone then there is no helping.

The service will be provided by a Norwegian startup called Blipper. Bipper’s iSIM application will initially launch in Bulgaria and Norway in 2010 before rolling out across the rest of EMEA (Europe, the Middle East and Africa). The service is also scheduled to launch in North America during the year.