Close on the heels of the stolen iPhone 4G event, another major cell phone manufacturer seems to have misplaced their latest phone prototype. The manufacturer in question is Nokia and the prototype which eventually evolved into a full product, the N8, has made it’s debut today. 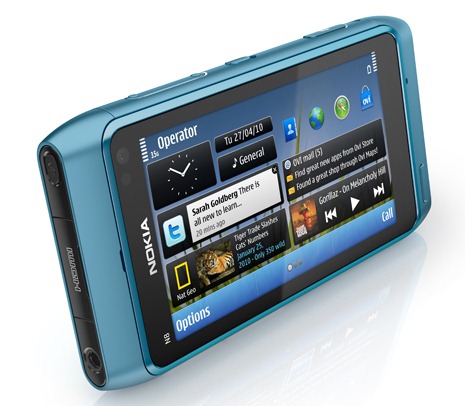 According to Reg Hardware, a Russian website famous for getting its mitts on re-production versions of mobile phones, obtained a prototype of the N8 and published a preview on the website Mobile Review, in which it accused Nokia of making poor quality products (Google translation).

Nokia responded in the their company blog, in what appears to be a direct stab at Apple, with a mild mannered riposte, entitled “One of our children is missing”.

Unfortunately, an early prototype made its way to someone that wasn’t supposed to have it, and his early first impressions of the device and its software spread like wildfire.

The post ends with a simple “So now that the official news is out, we’d like our prototype back. Please."

…we are diligently hunting down the source of these leaks. Frankly, we pride ourselves on trust at Nokia, and someone has greatly betrayed that.

However, whilst we are determined to protect our intellectual property and maintain the surprise when a shiny new gadget is introduced, we are not going to do so at the expense of the working conditions we enjoy here at Nokia.

When Gizmodo acquired the stolen iPhone 4G and published images of it, Apple responded by firing the employee who lost it and then sent cops down to the editor’s home.

We don’t know how Nokia would have reacted if the iPhone never got stolen and the events surrounding the publishing of the photos never occurred, but it could have been different.