Most people would never dream of taking apart a $500 toy the very first day of buying. But Do-it-yourself website iFixit, which publishes self repair guides of various kinds of gadgets, had to – it’s their job. Yesterday they they posted a full teardown of the iPad accompanied by several high quality images of the process. Some of the things they discovered are: 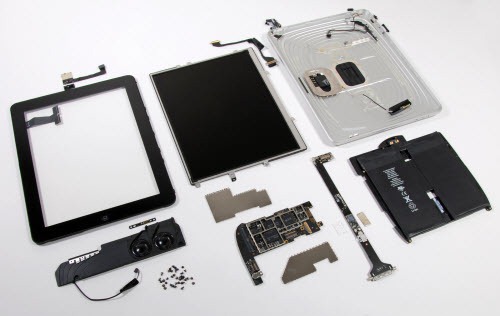