Here is a nice trick you can use to spook your friends. It’s an old trick but still a good one. Show your friends an innocent looking, ordinary image like the one below (no offense to the photographer, it’s a brilliant shot!). 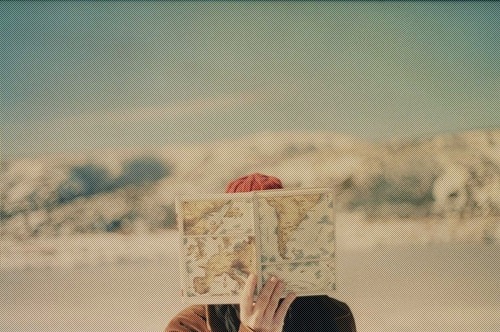 Now open this page in Internet Explorer and press CTRL+A. Go ahead, do it. What do you see? An image of a face mysteriously appears.

This trick works only on Internet Explorer – the hidden image cannot be seen on any image viewer or any other browser. This makes the trick even more magical and spooky.

You can easily create such a magic image in Adobe Photoshop. But I will show you an easier way of doing it using a tool called Magic Image Generator. (Linux users can use a similar tool called I.E. ‘hidden image’ maker)

Click on Generate to create your magic image. Test the visibility of the hidden image using the Select and Deselect button. Adjust the Opacity and Contrast sliders so that the hidden image is barely visible. You will need to click on Refresh to see the changes. Remember that the changes are automatically saved to the file, so any change you make will write over the previous file. 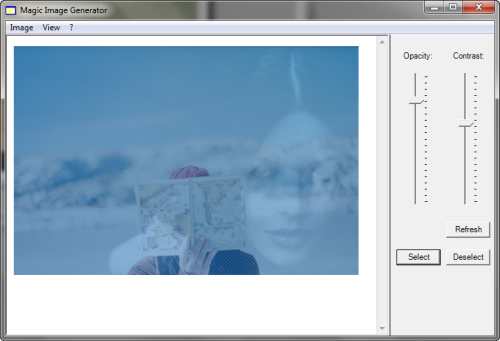 Once you are satisfied with the result, simply exit the program. The changes are saved automatically, as I already said.

To do this open the image on an image editing software like Adobe Photoshop and press CTRL+I to invert the colors. Now you are ready to create magic images.