Online backup service Mozy just announced a new client software for Windows called Mozy 2.0 with some notable changes. One that’s worth taking note of is the program’s ability to perform local backup in addition to online backups.

Mozy calls this new service Mozy 2xProtect which essentially indicates double protection for your data by backing it up on two places – online as well as on a local hard disk. However, you aren’t allowed to use the local backup as the only option. Either you backup online or backup both online and locally. 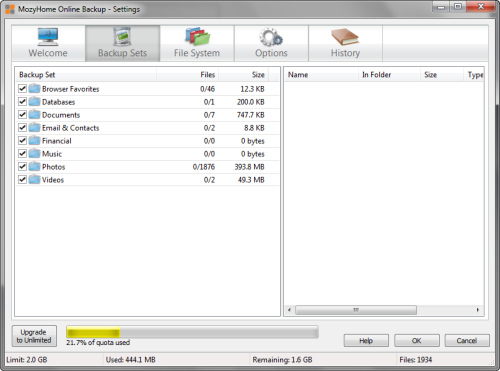 The developers also talks about faster upload speeds – up to 25% and up to 75% faster file preparing. Mozy 2.0 also sports a new and sleeker interface.

Mozy for Windows is available in two different versions: Mozy Home for personal use and Mozy Pro for businesses. Home users get 2 GB of free online backup storage and for only $4.95/month, can get unlimited storage. Business users can buy either desktop or server licenses starting at $3.95 or $6.95 per month, respectively.