In case you you are not familiar with LaTeX, here is a brief description:

LaTeX is a document markup language based on the idea that authors should be able to focus on the content of what they are writing without being distracted by its visual presentation.

In preparing a LaTeX document, the author specifies the logical structure using familiar concepts such as chapter, section, table, figure, etc., and lets the LaTeX system worry about the presentation of these structures. It therefore encourages the separation of layout from content while still allowing manual typesetting adjustments where needed.

This is similar to the mechanism where styles are defined globally for an entire website using Cascading Style Sheets (CSS).

For example, a typical LaTeX input has the following layout 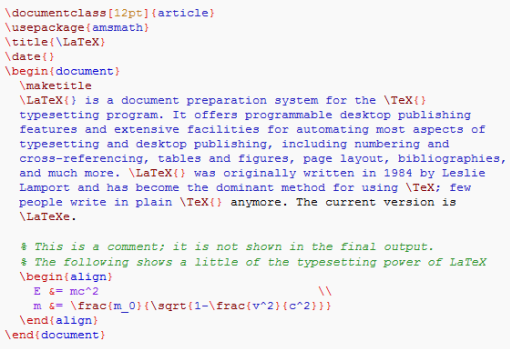 and the output will be this 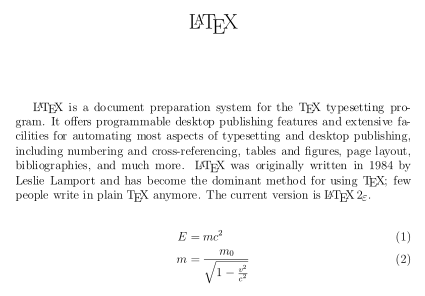 There are dedicated LaTeX editors that allow you to create documents using the markup language. Most of them are desktop based while a few web based ones are available. 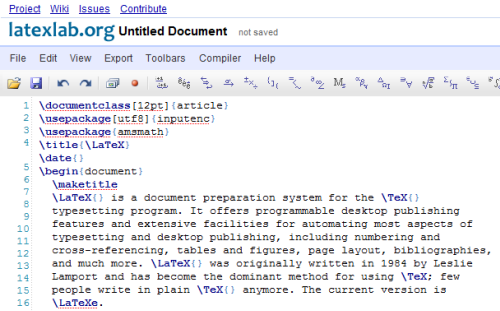 After you are finished typing, click on Compiler menu to compile. A preview of the compiled output will shown on an adjacent split-screen. The document then can be exported and downloaded in PDF, Postscript (PS) and Device Independent format (DVI)

LaTeX Lab was developed using GWT and the application is hosted on the Google AppEngine.