Some Japanese developers have created a funny Twitter application called IsParade that shows your Twitter followers literally following you in a parade. 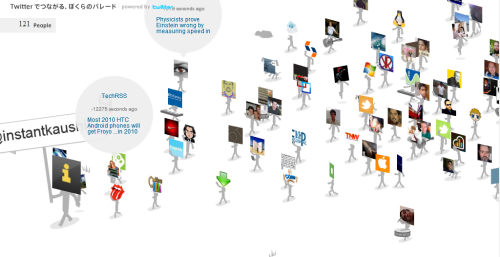 Just supply a Twitter ID and sit back to watch the followers march behind and around you along with a hypnotic, feet thumping music. First it shows you marching on your own, but soon others start following behind. Eventually you’ll be shown being carried on a pedestal.

The site takes a while to load, but the wait is worth it.