Microsoft wants to make Bing your new entertainment hub. On Tuesday, the company hosted a Hollywood style, celebrity-laden event at the Soho House on Sunset Boulevard, California, to announce a variety of new entertainment features added to Bing. 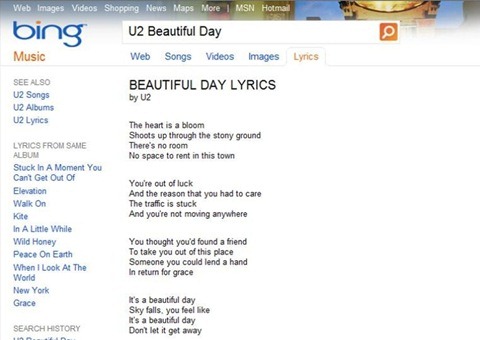 More than 5 million full length songs are available for streaming. Of course, they can be played only once and 30 second previews thereafter. Songs can be purchased directly and downloaded from Zune, iTunes and Amazon.com MP3. 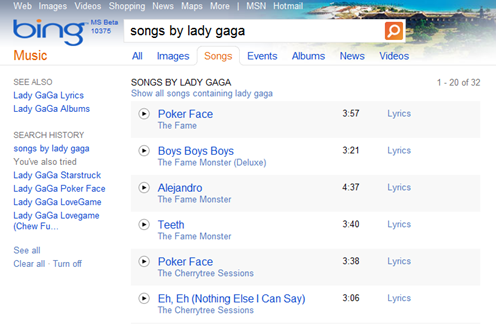 In gaming, Microsoft has added 100 casual games that can be played without registering or logging in right within Bing, along with thousands of cheat codes for hardcore gamers. Additionally, detailed information on over 35,000 games, including in depth reviews, cheats and walkthroughs has been added to the index.

For TV, Microsoft has brought together a very comprehensive collection of full length TV episodes including lots of HD content. Bing now has over 20,000 episodes from 1500 shows including content from Hulu, CBS, and Viacom. TV listings are to be added soon.

Bing now has a dedicated entertainment page that looks more like a glamour magazine than a search engine. Wooooh! Now wonder Microsoft gave this update the red-carpet treatment. 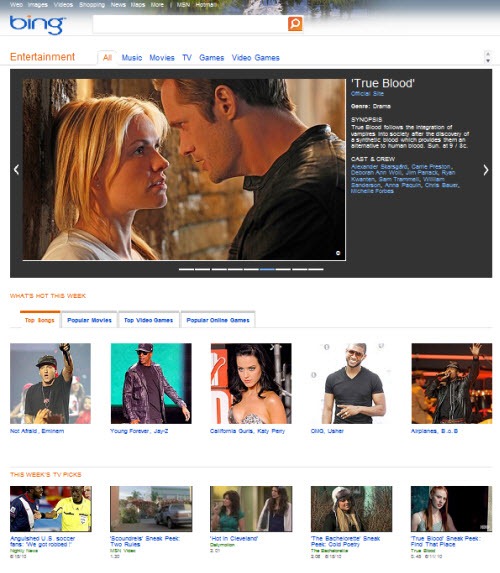 [via Bing Community and Cnet]