GreenForce-Player is a portable media player that borrows its looks from VLC media player. Unfortunately, the similarity doesn’t go far. The player offers very limited functionality when it comes to playing files. So why did I, you may ask, chose to write about this player? That’s because of a very unique feature this media player has: you are able to password protect any media file.

To protect a media file with a password click on the menu DRM and choose “Protect media”. You must set the password and optionally set a tip/hint to help you remember the password. You can also set tags and a cover (image file) for your protected media file. You can also protect the media against snapshots. 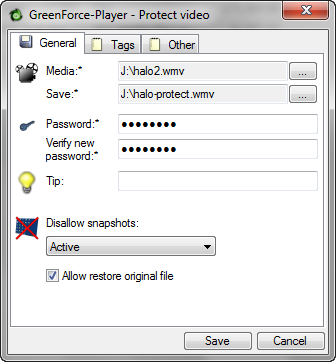 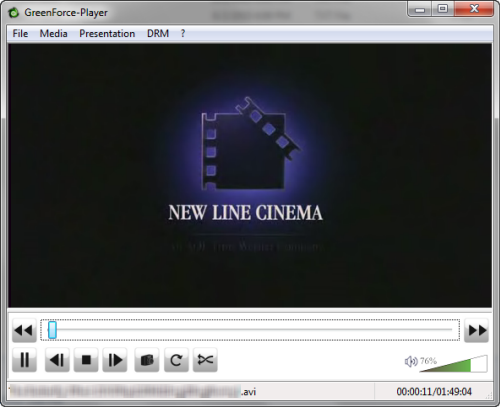 One good feature is the ability to limit the amount of memory the player uses to cache media files in RAM. This can be useful when you are on a system with very few memory to spare. Another positive about the player is that it supports control of the player from the command line.

Among the negatives, is the lack of support for subtitles which is a big turn off for me. And playback of streaming media, though supported, is dismal with the player constantly stuttering and freezing. Of course, this is the first release of the player. Later releases might incorporate better playback functionalities.

Use it if you want the DRM features, otherwise just let this one pass by.