There are several open source and actively developed, wireless router firmware projects created by people not affiliated with the manufacturers. Many of these are based on source code that some vendors have been forced to release to the public as part of it was based on software licensed under the GNU General Public License. Specifically the Linksys WRT54G series, which was the starting point for many of these projects. 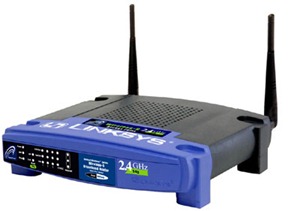 These third-party firmware solution are designed to replace the firmware that ships pre-installed on many commercial routers like those manufactured by Linksys, Broadcom, Netgear, Asus, Cisco, D-Link, Nokia, Motorola, Siemens, Verizon and more. The primary reason is to get features which are not included in a manufacturer’s router firmware.

So if you want to get a little adventurous, go flash the firmware. Here are some of the popular alternative firmware for your router. Take your time to read through the manuals.

1. DD-WRT is a Linux-based firmware for several wireless routers, most notably the Linksys WRT54G. But it’s not limited to Linksys: DD-WRT supports an astounding number of firmware from manufacturers whose names you have never heard before. In fact, DD-WRT is so well developed and documented, that it comes pre-installed with routers manufactured by Buffalo Technology and a few others. 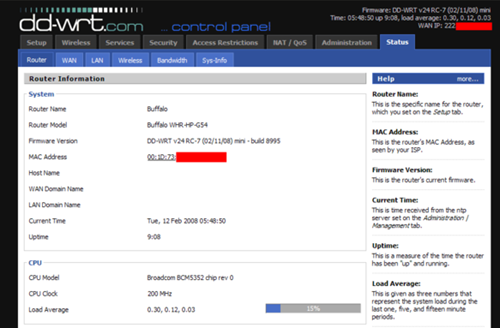 2. OpenWrt is a Linux-based firmware originally limited to the Linksys WRT54G series, but over time expanded to include other chipsets, manufacturers and device types, including Netgear, D-Link, Asus routers and many others. OpenWrt primarily uses a command-line interface, but also features an optional web-based GUI interface. Technical support is provided through the forums and IRC channel. 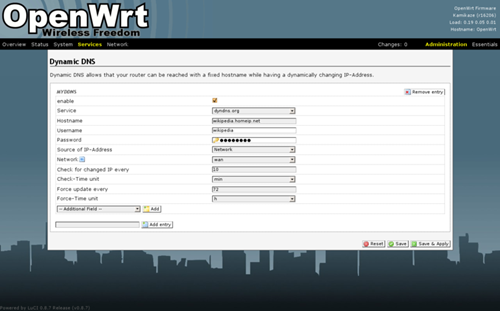 OpenWrt offers many of the features provided in the stock firmware for residential gateways, such as DHCP services and wireless encryption via WEP, Wi-Fi Protected Access, or WPA2. It also offers numerous features that may be absent or poorly-implemented in stock firmware for these devices:

One useful feature of OpenWrt is its fully writable file system, which allows for installation of updates without rebuilding and flashing a complete firmware image.

The OpenWrt project also provides regular bug fixes and updates, even for devices no longer supported by their manufacturers. 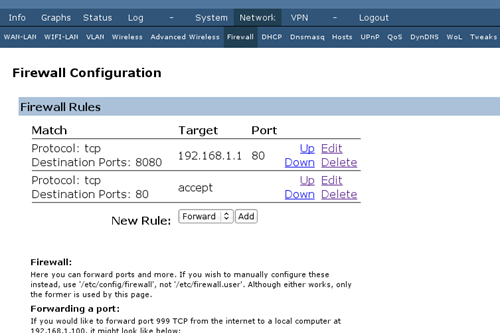 4. Gargoyle is a replacement firmware for many widely available routers such as the Linksys WRT54G series and the Fonera. It provides functionality above and beyond what the default software provides including sophisticated dynamic DNS, quality of service, access restrictions, bandwidth quota management and bandwidth monitoring tools. 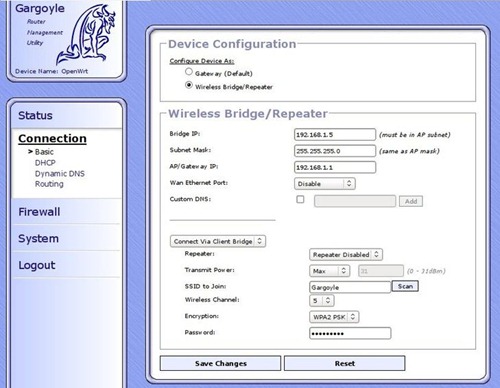 The primary goal is to provide a polished user interface for these advanced tools that is at least as easy to configure as any existing firmware. Gargoyle is based on the OpenWrt firmware, but unlike other Web interfaces for OpenWrt it places a strong focus a usability and is meant for average users, not just power users. 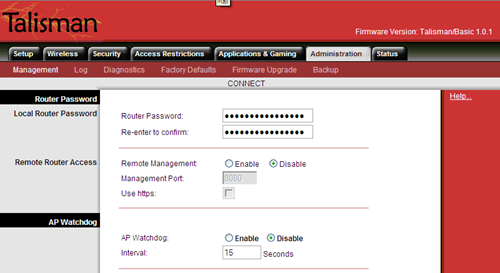 Other features include QoS support, Wireless Distribution System support, wireless bridging, client mode support (CPE), a PPTP VPN server and client, downloadable packages and IPv6 support. The latest version, called Talisman, supports up to 16 Ethernet VLANs, up to 15 virtual wireless VLANs each with their own WEP, WPA, or WPA2 encryption and SSID, and bandwidth management and firewall features.

Sveasoft is a paid product offered at yearly subscription fees during which a customer is allowed unlimited downloads and upgrades.

6. Tomato Firmware is a free Linux-based firmware distribution for mostly Broadcom chipset based wireless routers, notably the older-model Linksys WRT54G (including the WRT54GL and WRT54GS), Buffalo AirStation, Asus Routers and Netgear’s WNR3500L. Among other notable features lies the user interface, which makes heavy use of AJAX as well as an SVG-based graphical bandwidth monitor. 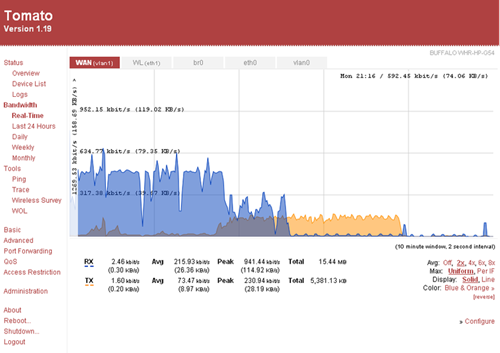 Tomato features an easy to use GUI, a bandwidth usage monitor, advanced QOS and access restrictions, enables new wireless features such as WDS and wireless client modes, raises the limits on maximum connections for P2P, Wireless LAN Radio power of adjustment, antenna selection, and 14 wireless channels, allows you to run your custom scripts or telnet/ssh in, and do all sorts of things like re-program the SES/AOSS button, add wireless site survey to see your Wi-Fi neighbors, and more.

7. RouterTech is another Linux-based firmware for ADSL modem/routers based on the Texas Instruments AR7 (mips32) chipset. The firmware supports both wireless routers (AR7WRD and variants) using the TNETW1130 (ACX100) and TNETW1350A wifi chips, and non-wireless (AR7RD and variants) routers. 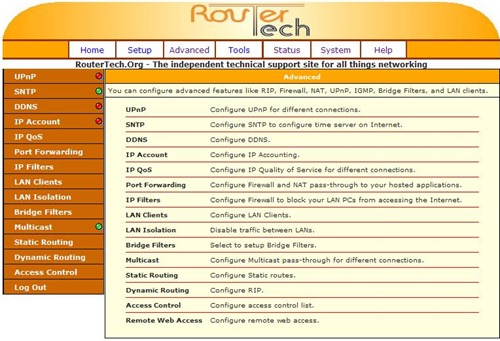 Apart from those mentioned above, RouterTech firmware supports a large number of AR7 routers of various manufacturers including but not limited to Linksys, D-link, ASUS, Netcomm and more. AMD, Intel, and ATMEL flash chips are also supported.

This Article Has 20 Comments