Amarok 1.4 was arguably one of the best music players produced during recent years. Then sometime around 2008, the Amarok team decided to migrate the code base to Qt4 and so came a new Amarok 2. The 1.4x series was abandoned and no longer supported.

Amarok 2 was written from scratch and was essentially a new software. However, it was not well received by many users because it had less features than what was present in version 1.4. Although Amarok has improved with each new releases some users still consider Amarok 1.4 to be the best release of Amarok ever. 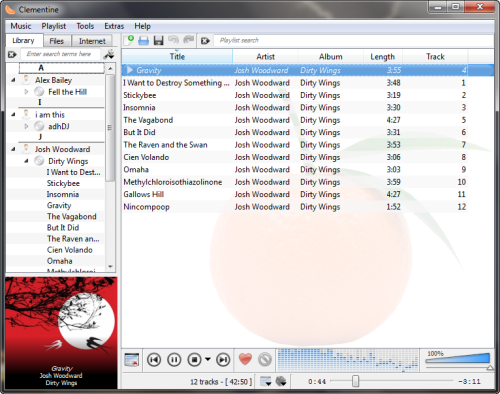 This is where Clementine drops in. This multiplatform, attractive music player is inspired by Amarok 1.4. It comes with all the major features that were included in Amarok 1.4x series including searching from the library, radio stations, integration with last fm, batch tagging of media files and so on. Clementine’s best feature is that it runs on all the major operating systems – Windows, Linux and Mac OS.

Here are some of the things I like about Clementine.

Whether or not you have used Amarok before, you will like Clementine.