The Indian government today unveiled a low cost tablet PC designed specifically for students. The device which is expected to ship by 2011, will be initially priced at INR 1500 (around $30), gradually dropping down to INR 1000 ($20) and ultimately to INR 500 ($10) a piece.

The device, no bigger than a conventional laptop, is a single unit system with a touch screen and a built in keyboard along with 2GB RAM, Wi-Fi connectivity, USB port and powered by a 2-watt system to suit poor power supply areas. 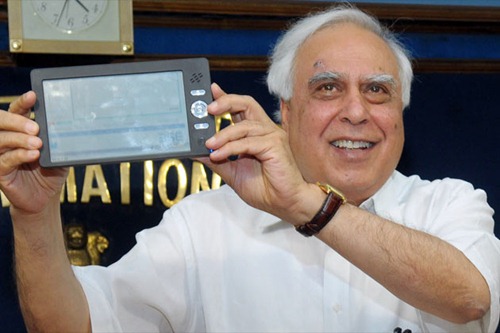 While the venture does look interesting, the numbers look doubtful. According to the article, the price of $30 doesn’t include the distribution cost. Even though the government promises to give subsidy, once the distribution cost is added to the product it is going to drive up the final price by a fair amount. And given India’s past history and reputation of false claim on technology, I wouldn’t get my hopes too high until the device lands on the hands of the people it is intended to.