Images of what appears to be an early build of Internet Explorer 9 has been leaked by a Chinese website. The screenshots reveal a new download manager with support for pausing and canceling downloads (goddamn! Microsoft, what took you so long to implement that?) and a very Chrome like start page.

There is also a new icon for Internet Explorer 9 – not a radical change, just a new shade of blue and perhaps a thinner “e”.

The notable change is the download manager which looks somewhat like Firefox’s with pause and cancel buttons. 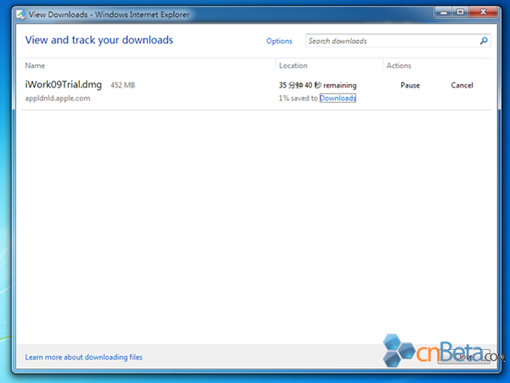 The start page on the other hand is very Chrome like, showing the 10 most frequently visited sites. 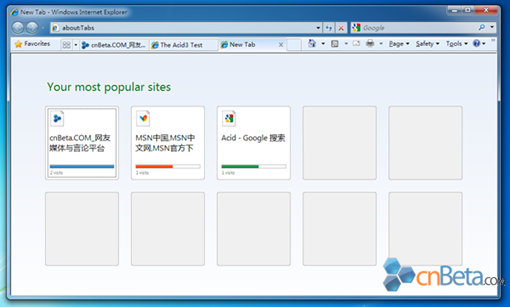 There also appears to be an improved add-on feature. Installed add-ons are now activated immediately without the need to refresh the page related to the plug-in. 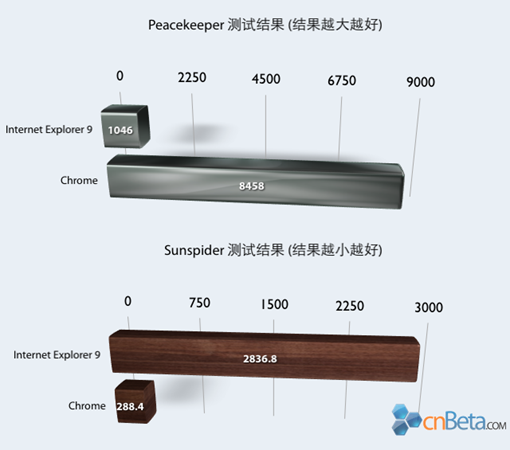 The website has confirmed that these screenshots are genuine and comes from a build distributed to internal and external partners. 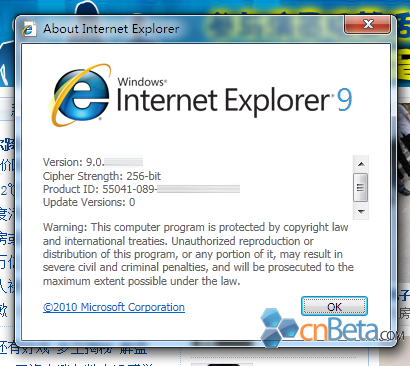