After treating amateur astronomers like us with high resolution images of Mars, the Microsoft Research team has come up with another project – a terapixel image of the night sky, the largest and clearest image ever produced. 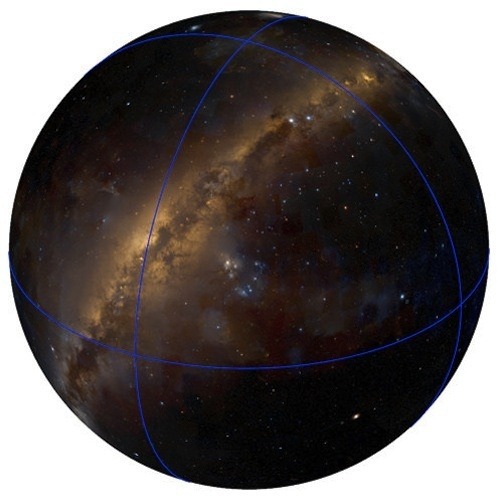 The Terapixel project sources data from the Digitized Sky Survey, which is a collection of thousands of images taken over a period of 50 years by two ground based survey telescopes— the Palomar telescope in California, United States and the UK Schmidt telescope in New South Wales, Australia. The Palomar telescope took photographs of the Northern sky, and the Southern sky down to around 30 degrees south. The UK Schmidt telescope took photographs of the rest of the Southern sky. Each photograph covers an area of the cosmos six and a half degrees square. For each section of the sky, the digital sky surveys provides two separate images containing the blue and red color intensities.

A total of 1791 pairs of red-light and blue-light images were collected from the two telescope. The images were then cleaned up of artifacts, color corrected and stitched together to produce a seamless spherical image which can be viewed using WorldWide Telescope and Bing Maps.

A total of 512 computer cores in a Windows High Performance Computing cluster, running in parallel, were used to process the raw digitized data. This took about half a day. Once the files were decompressed, they had to undergo some changes to correct the vignetting problem. Red and blue plates had to be precisely aligned to make a color image, and then everything had to be stitched together, which took about three more hours.